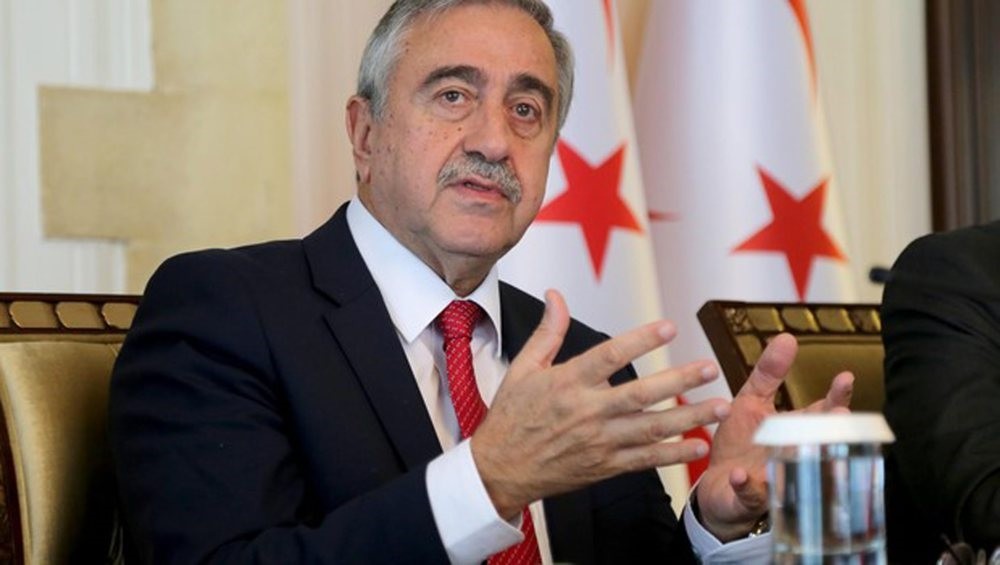 Turkish Cypriot President Mustafa Akıncı said Monday that "two separate states" is a possible scenario for the island if a political solution cannot be reached.

Commenting on the latest situation concerning the divided island following the failed reunification talks in Montana, Akıncı said a "two separate state" solution is possible as the Greek Cypriot side refuses to agree on a political solution. He added that despite the willingness of the Turkish Republic of Northern Cyprus (KKTC) government to comprise by establishing two equal states on equal terms, the Greek Cypriot side did not accept the political solution. "If one side [the Greek side] does not want to come to terms, it means that they are not ready to live with us under the same roof. In that case, there are currently already two different states."

The Turkish Cypriot president added that the Greek side actually accepts a "rotating presidency" behind closed doors. However, Akıncı said Greek authorities say the exact opposite to the public. He stressed that both sides would continue on their currents paths in the event of a failure to find a political solution.

Underscoring that the Greek Cypriots have until the next presidential election to make up their mind, Akıncı pointed at next February. He said that the Greek side needs to decide what they want.

The Turkish-Cypriot president also touched on Varosha's (Maraş) ongoing problems that have persisted for 43 years, saying that a political solution is required. "I told the Greek Cypriot side that they can relocate into Maraş under the advisory of the U.N. I also demanded that Mağusa [the Famagusta Port] and the Ercan Airport be allowed for international operations. The Greek side did not welcome this idea when it came to the Ercan Airport."

Emphasizing that a decision has yet to be made regarding Maraş, Akıncı said its condition will be dealt with in all political and judicial aspects. "We attach great importance to acting in accordance with the U.N."