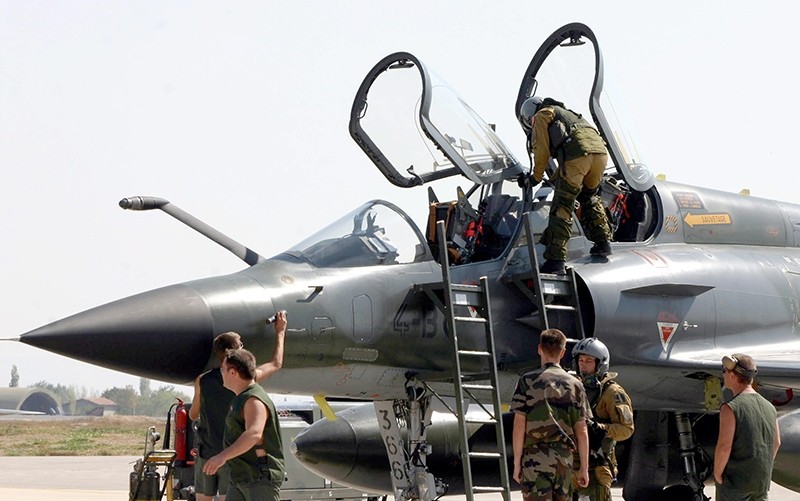 Turkey has approved a NATO proposal to allow German lawmakers to visit an air base in the central Konya province on Sept. 8 after a German parliamentary delegation was denied access to the air base last month.

Upon German Foreign Minister Sigmar Gabriel's official letter to the German Parliamentary Defense Committee, it was reported yesterday that the Turkish government approved the NATO proposal for a visit to the air base, where German lawmakers will observe the current situation there.

In line with the plan, NATO's Deputy Secretary General Rose Gottemoeller will lead the delegation which will reportedly consist of seven members of Germany's Parliamentary Committee.

Between 20 and 30 German troops are currently stationed at the base in support of NATO's counter-Daesh operations.

Berlin previously set a deadline for Ankara to allow the lawmakers to visit the Konya air base. German politicians threatened Turkey with a withdrawal. Rainer Arnold, the German Social Democratic Party (SPD) spokesman for defense, in an interview with a German daily in late July set a deadline for Ankara to let German parliamentarians onto the air base: "We need to discuss the issue of the withdrawal of German soldiers from the base with NATO, if it is still not possible to visit the base by the Federal Parliament General Assembly [session] in September."

The German Federal Republic Parliamentary Armed Forces ombudsman, Hans-Peter Bartels, expressed a similar concern: "If Turkey does not back down, the NATO base should be relocated to another partner country."

Speaking to Daily Sabah, NATO spokesperson Piers Cazalet previously urged both sides to find a tangible solution. Cazalet said that NATO "hopes that Germany and Turkey are able to find a mutually acceptable date for a visit." Stressing that German aircrews play an important role in NATO missions, he said: "NATO has been in contact with both countries and we hope that this issue can be resolved soon."

Turkey on July 14 refused to give permission to seven German lawmakers who were planning to visit German soldiers stationed at a NATO base in the central Turkish province of Konya, after Germany did not allow Turkish President Recep Tayyip Erdoğan to address Turkish expats when he visited Hamburg for the G20 summit.

Ankara's ban on German lawmakers wanting to visit the Konya air base is not the first time the two countries have been locked in strife. Turkey previously did not allow German deputies on May 15 to pay a visit to İncirlik Air Base in Adana on the grounds that Germany's stance regarding terrorist groups including the PKK, which is listed as a terrorist organization by Turkey, the EU and the U.S as well as the Gülenist Terror Group (FETÖ), which is accused of plotting the coup attempt which left 249 people dead on July 15 last year, and Germany's non approval of Turkish ministers holding rallies in Germany ahead of the April 16 referendum.

Consequently, the German Bundestag decided to withdraw German troops from that air base, redeploying them to an air base in Jordan.
Last Update: Aug 08, 2017 5:27 pm
RELATED TOPICS