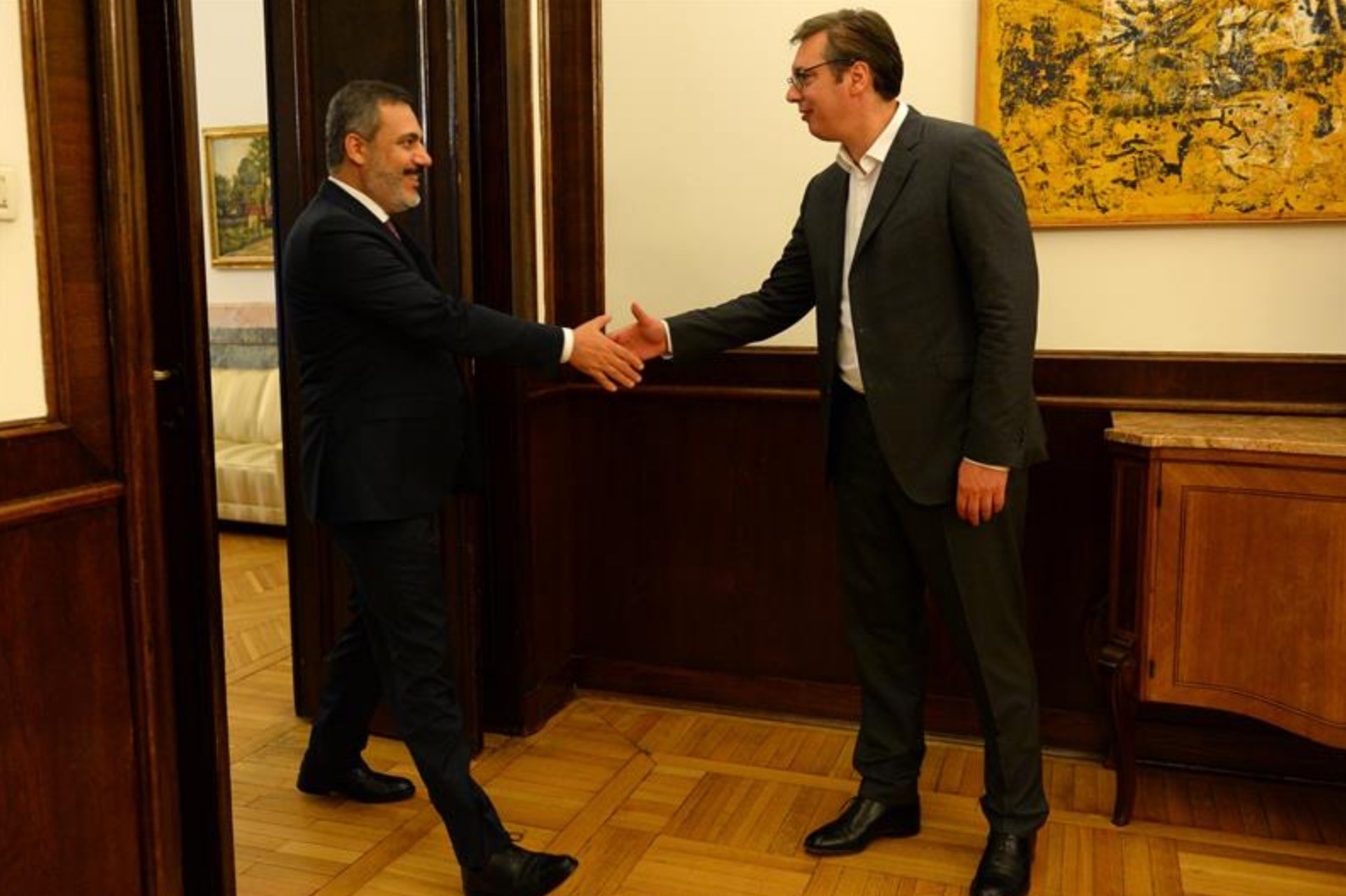 Following a closed-door meeting at the Presidential Palace in Belgrade, a written statement from Serbia's presidency said bilateral security issues were among the topics discussed at the meeting:

"President Vucic emphasized that the migrant crisis, with growing terrorist threats, is the security challenge that both the Republic of Serbia and the Republic of Turkey are facing."

The two men also agreed that for Serbia and Turkey, Monday's meeting represented an important step in strengthening bilateral cooperation, with the goal of preserving peace and stability in the region as well as throughout Europe.

Migrants in Belgrade have been sleeping in abandoned premises near the city's railway station and at other makeshift shelters ever since Hungary and Croatia closed their borders to those traveling the so-called 'Balkan route'.

There are still around 8,000 migrants still in Serbia; the security forces have also returned about 20,000 people who had tried to cross the country's borders illegally.

Police say they have arrested around 2,000 human traffickers since the migrant crisis began.