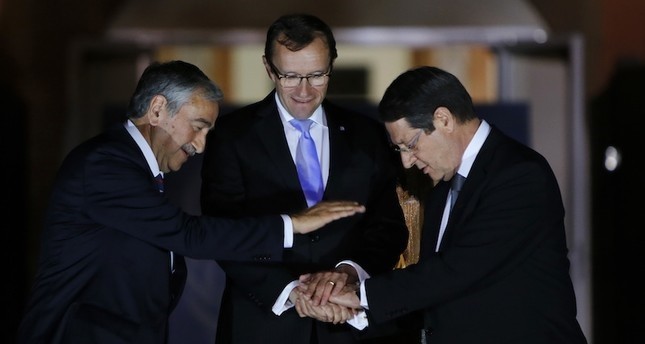 "Over the last 27 months, with steadfast dedication, commitment and creativity, Mr. Eide helped the two leaders make unprecedented progress towards reaching a viable and sustainable solution to the decades old dispute," U.N. spokesman Farhan Haq said in a statement.

Haq said Eide planned to run in the upcoming legislative elections in Norway.

He tweeted on Monday that his resignation was official. Eide will now run as a parliamentary candidate for Norway's Labour Party in September's general election.

He later tweeted about his "fond memories" of Cyprus and his hope to return one day "to a united island".

The latest of many attempts to broker an accord on Cyprus ended on July 7 after 10 days of negotiations at a Swiss Alpine resort attended by the Greek and Turkish Cypriot sides along with Britain, Greece and Turkey.

Turkey has blamed Greek Cypriot intransigence for the latest talks' failure and also faulted the European Union for admitting Cyprus as a divided island into the union in 2004, after Greek Cyprus rejected a peace deal.

Cyprus was split after guarantor power Turkey's intervention that was triggered by a Greek-inspired far-right coup in 1974. The seeds of division were sown years earlier after a power-sharing arrangement between Greek and Turkish Cypriots crumbled as a constitutional deadlock led to violence.

A settlement to the long-simmering conflict has been given sharper focus by the prospect of sizeable deposits of natural gas in the eastern Mediterranean.