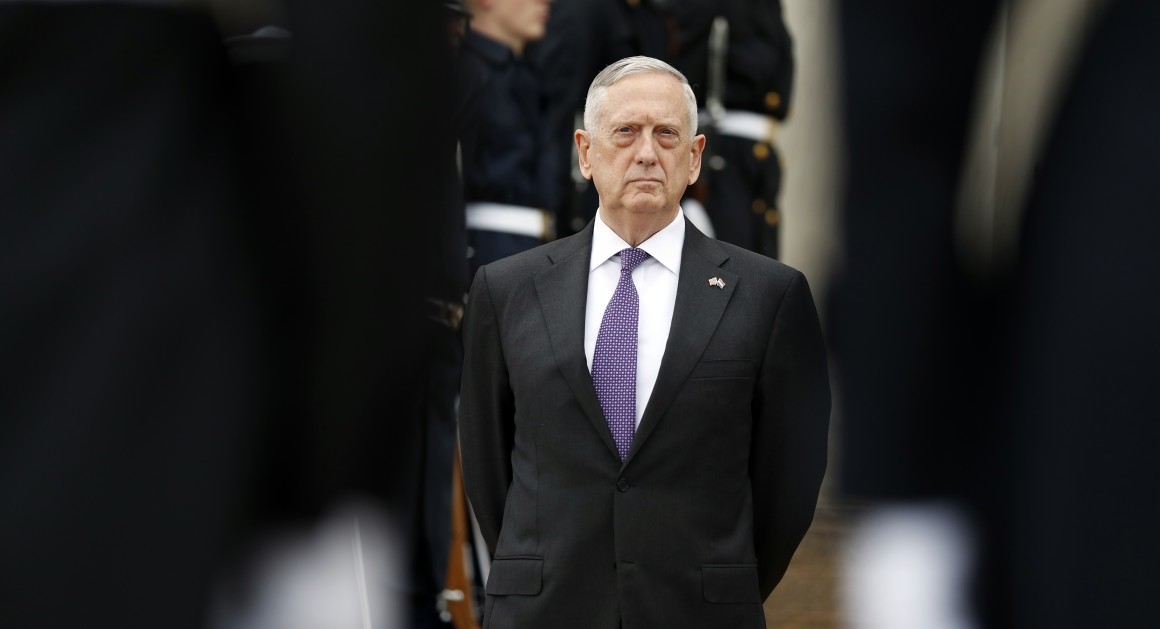 U.S. Secretary of Defense Jim Mattis will travel to Turkey later this month to discuss Turkey's concerns over the U.S.' support for the PKK's Syrian affiliate the Democratic Union Party (PYD) and its armed People's Protection Unit (YPG).

Mattis will also visit Ukraine and Jordan in his trip, the Pentagon said in a statement on Friday.

The U.S. general will begin his trip in Jordan where he will meet with King Abdullah. Jordan is a member of the U.S.-led coalition fighting Daesh in Syria and Iraq. The visit will be Mattis' first visit to Jordan as defense secretary.

Mattis will later travel to its NATO-ally Turkey where he will meet top Turkish officials, including President Tayyip Erdoğan.

"Secretary Mattis will emphasize the steadfast commitment of the United States to Turkey as a NATO ally and strategic partner, seek to collaborate on efforts to advance regional stability, and look for ways to help Turkey address its legitimate security concerns - including the fight against the PKK," the Pentagon said in the statement.

The U.S.-led coalition against Daesh has deployed forces at several locations in northern Syria. It has supported the SDF, which is predominantly led by YPG and PYD, with airstrikes, artillery, and special forces on the ground, despite the SDF's link to the PKK, which is on the list of banned groups by the U.S., EU, and Turkey, causing intense tensions with Ankara.

Furthermore, Turkey considers the PYD and the YPG to be the Syrian affiliates of the PKK.

In Kiev, Mattis will meet with the Ukrainian defense secretary and President Petro Poroshenko. A 2015 ceasefire between Kiev's forces and Russian-backed separatists in the eastern part of Ukraine is regularly violated. Washington cites the conflict as a key obstacle to improving its relations with Russia.​