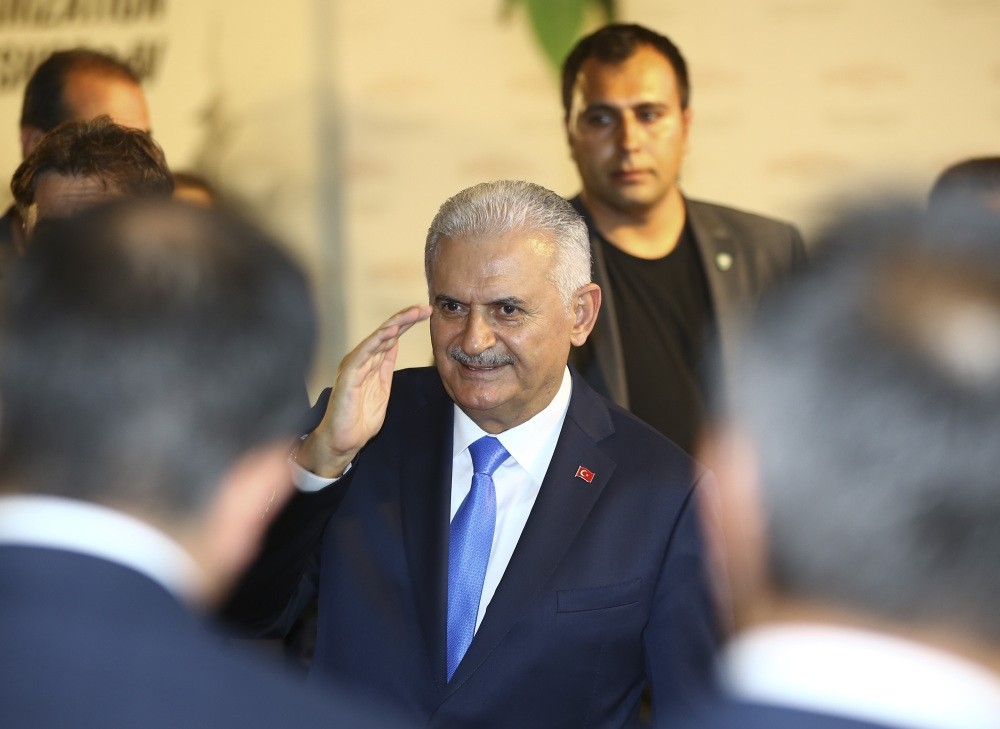 During his Singapore and Vietnam visit, the prime minister will be accompanied by ministers and business figures to attend forums organized by Turkey's Foreign Economic Relations Board (DEIK) in cooperation with the Ministry of Economy.
by Özgenur Sevinç Aug 19, 2017 12:00 am

Turkey seeks to strengthen its ties in the Asia-Pacific region regardless of its physical distance to the region, and as a part of this multidimensional foreign policy, Prime Minister Yıldırım is expected to visit Singapore on Aug. 21-22 and Vietnam on Aug. 22-24, which will be the first time a Turkish prime minister has visited Vietnam

Yıldırım is expected to visit Singapore on Aug. 21-22 and Vietnam on Aug. 22-24, marking the first visit of a Turkish prime minister to the country.

The prime minister will be accompanied by ministers and business figures to attend business forums organized by Turkey's Foreign Economic Relations Board (DEIK) in cooperation with the Ministry of Economy.

In pursuing a multidimensional foreign policy, Turkey seeks to strengthen its ties in the Asia-Pacific region regardless of the significant distance between Turkey and the region. In line with this policy, Turkey has ramped up its engagement with the Association of Southeast Asian Nations (ASEAN) and recently became a sectoral dialogue partner.The ASEAN was established in 1967 with 10 member states, including Singapore and Vietnam. Its role in the world economy is remarkable since the 10 ASEAN member states together form the seventh-largest economy in the world.

Attending the 50th foreign ministers' meeting of the ASEAN on Aug. 4 in Manila, the capital of the Philippines, Foreign Minister Mevlüt Çavuşoğlu announced that Turkey has become a sectoral dialogue partner for the ASEAN. During the meetings, the minister stressed Turkey's intentions of having diplomatic missions in every ASEAN country.

Member countries of the ASEAN welcomed Turkey's sectoral dialogue partnership. However, they emphasized that the potential bilateral trade is just as important.

Commenting on Turkey's initiative policy towards the region, Muhittin Ataman, deputy coordinator of the Ankara-based Foundation for Political Economic and Social Research (SETA), told Daily Sabah that these steps reflect Turkey's export-oriented economic policy and multidimensional foreign policy. "Due to the recent tensions with EU member states and low economic expectations from these countries, Turkey had to diversify its policies," Ataman said.

Turkey aims to increase trade volume and develop diplomatic relations with ASEAN states. As part of the initiative steps, experts consider Yıldırım's upcoming visits to Singapore and Vietnam are considered to be essential.

Kadir Temiz, an academic focusing on Asian relations at Boğaziçi University, told Daily Sabah that while Turkey is improving its ties with the ASEAN, it is also focusing on bilateral relations with each and every one of the member countries. "Yıldırım's visit to Singapore and Vietnam can be considered part of this policy," Temiz said

"When the ASEAN was first founded, it mainly focused on security paradigms in order to face threats after the Cold War. However, today's ASEAN aims to become an institution that provides economic integration similar to that of the EU," Temiz added.

The Boğaziçi University academic also contended that "[r]ecent developments in relations will bring economic benefits and create opportunities for Turkey."

The city-state of Singapore is a financial hub due to its strategic location and one of the most dynamic countries in the Southeast Asia. In recent years, Turkey's economic relations with Singapore have developed significantly. The trade volume between Turkey and Singapore was $200 million in the last decade. This number reached $780 million in 2016. Furthermore, in 2015 Prime Minister of Singapore Lee Hsien Loong held bilateral talks with President Recep Tayyip Erdoğan on the sidelines of the G-20 summit. A free-trade agreement (FTA) was signed between the two countries at this meeting. The FTA was ratified and published recently in the Official Gazette on Aug. 15. Apart from strengthening economic ties, Turkey seeks to forge alliances with Singapore in other areas as well.

Yıldırım's upcoming visit to Vietnam will be first of its kind, since no other Turkish prime minister or president has visited the country before. Speaking at a reception for the Vietnamese National Day, Customs and Trade Minister Bülent Tüfenkci stressed: "This visit will be a turning point for bilateral ties." The countries are expected to sign trade agreements aimed at increasing trade volume.