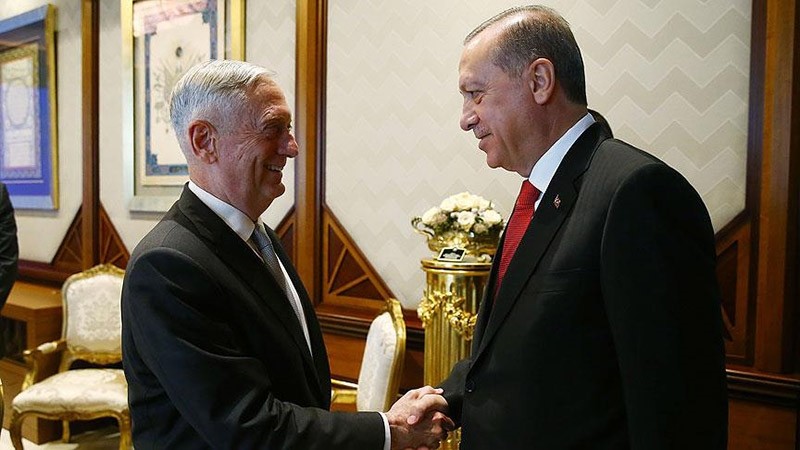 During his visit, Mattis was welcomed by his Turkish counterpart Nurettin Canikli, and the Mattis delegation was received by President Recep Tayyip Erdoğan on Wednesday afternoon at the Presidential Palace.

According to Turkish presidential sources, the two sides underscored the importance of both Syria and Iraq's territorial integrity, at a time when Kurdish Regional Government in Iraq is planning to hold a referendum on Sept. 25.

Ankara considers the PKK-affiliated Democratic Union Party's (PYD) People's Protection Units (YPG) as a national threat and they are concerned about U.S. arms support to the YPG. To ease Ankara's strong objection, Mattis sent a letter to Chief of General Staff Gen. Hulusi Akar in June as part of a mechanism to inform Ankara about weapons the U.S. provides to the YPG.

According to diplomatic sources, U.S. support to the YPG and Turkey's possible military operation against the YPG in Syria were the main items discussed in the meeting. The ongoing fight against Daesh, the Kurdistan Regional Government's (KRG) upcoming independence referendum and Turkey's possible procurement of Russian S-400 missile system were other issues discussed in the meeting.