Next round of Syria peace talks set for Sept. 14-15 in Astana 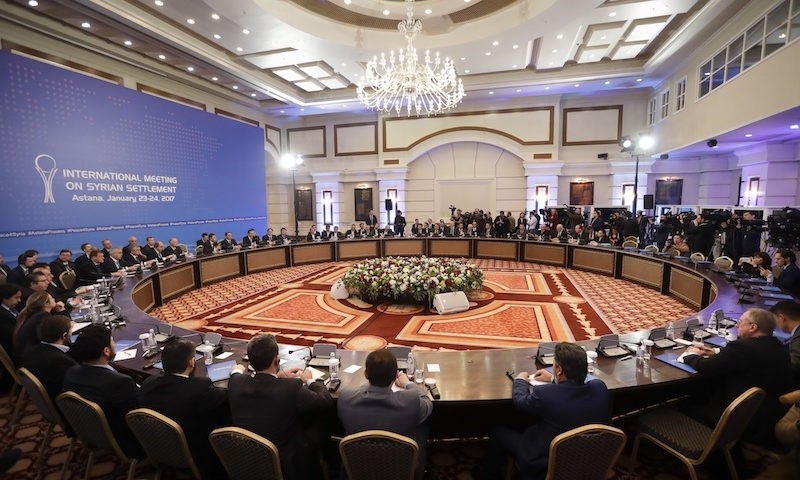 The next set of negotiations between Russia, Turkey and Iran on settling the Syrian conflict will take place in Kazakhstan's capital on September 14-15 and will focus on forces that the three nations plan to deploy there, the Kazakh Foreign Ministry announced Friday.

Kazakhstan hosts the talks, which have in the past few months focused on establishing de-escalation zones in Syria.

"According to the information from the guarantor states, during the upcoming meeting they plan to review several documents covering the work of de-escalation control forces, and continue work on agreeing the make-up of control forces in Idlib," the ministry said in a statement.

Moscow, Ankara and Tehran plan to map out de-escalation zones in Idlib, Homs and Eastern Ghouta, and discuss other matters such as prisoner exchange, it said.

At the most recent Astana meeting, in July, the three nations failed to finalise an agreement on creating four de-escalation zones in Syria after Ankara raised objections.

The talks, which began in January, have so far produced no breakthrough. Some Western diplomats have described them as Russia's attempt to "hijack" U.N.-led peace talks in Geneva involving the regime and opposition.