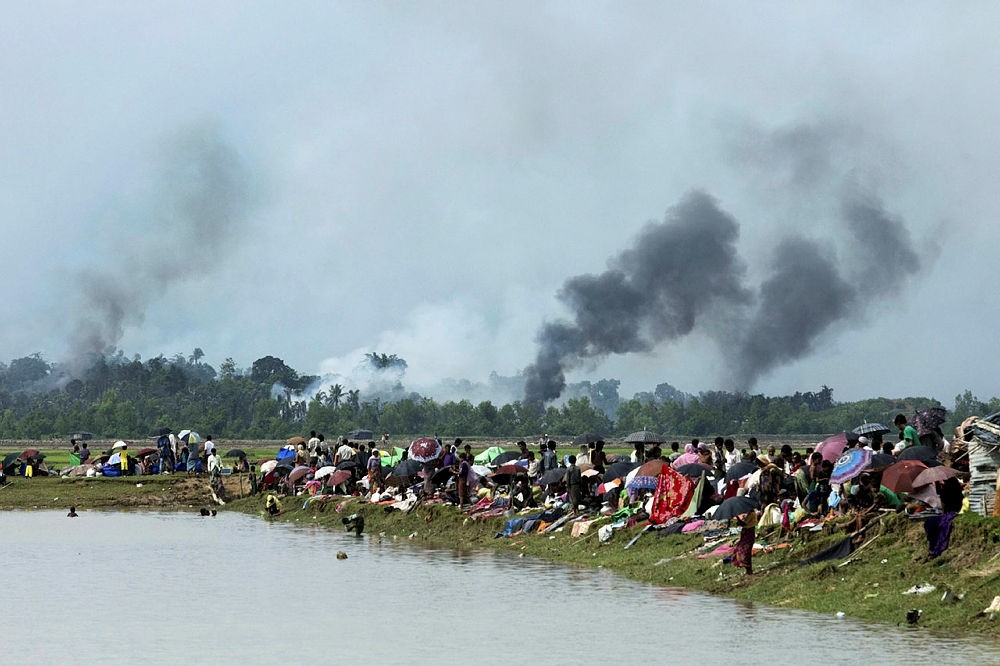 According to diplomatic sources, the two Foreign Ministers discussed the treatment of Buddhist-majority Myanmar's Muslim Rohingya and how to protect those subjected to persecution.

Earlier on the same day, President Recep Tayyip Erdoğan said he was pressing world leaders to do more to help Myanmar's Rohingya Muslims who are facing what he described as genocide.

Nearly 400 people have been killed in northwest Myanmar over the past week as security forces used disproportionate force, displacing thousands of villagers and destroying their homes with mortars and machine guns.

Aid agencies estimate that 87,000 Rohingya have fled to neighboring Bangladesh from Myanmar since the violence erupted.

Çavuşoğlu said President Erdoğan will talk to the Myanmarese leader Aung San Suu Kyi as part of Turkey's efforts to put an end to the persecution of the Muslim minority.