Hundreds of thousands in Chechnya rally for Rohingya 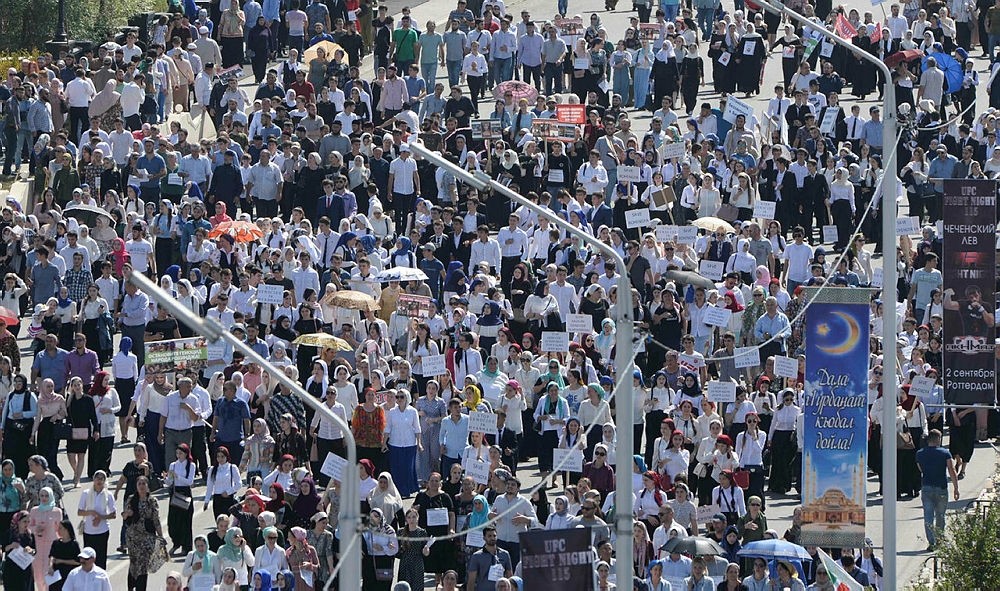 People take part in a rally in support of Muslim Rohingya following the recent violence, which erupted in Myanmar, in the Chechen capital Grozny, Russia September 4, 2017. (REUTERS Photo)
by Anadolu Agency Sep 04, 2017 12:00 am
Hundreds of thousands of people gathered in Chechnya, Russia on Monday to protest the Myanmar government violent persecution of the Rohingya Muslims, according to Russia's Interior Ministry.

Russia's Interior Ministry said around 1.1 million people, including thousands from neighboring regions, gathered in the protests, which ended with noon prayers at Grozny's central mosque, also known as the Heart of Chechnya.

Since the start of the military crackdown on the Rohingya community in Rakhine state on Aug. 25, thousands of Rohingya Muslims have fled to neighboring Bangladesh.

A total of 87,000 mostly Rohingya refugees have arrived in Bangladesh in the past 10 days, the United Nations said on Monday.

The region has seen tensions simmer between its Buddhist and Muslim populations since communal violence broke out in 2012.

A crackdown launched last October in Maungdaw, where Rohingya make up the majority, led to a UN report on human rights violations and crimes against humanity by security forces.

The UN documented mass gang-rape, killings -- including infants and young children -- brutal beatings, and disappearances. Rohingya representatives have said approximately 400 people were slain during the crackdown.