Pakistan pleased to share common stance with Turkey on US strategy in Afghanistan, FM says 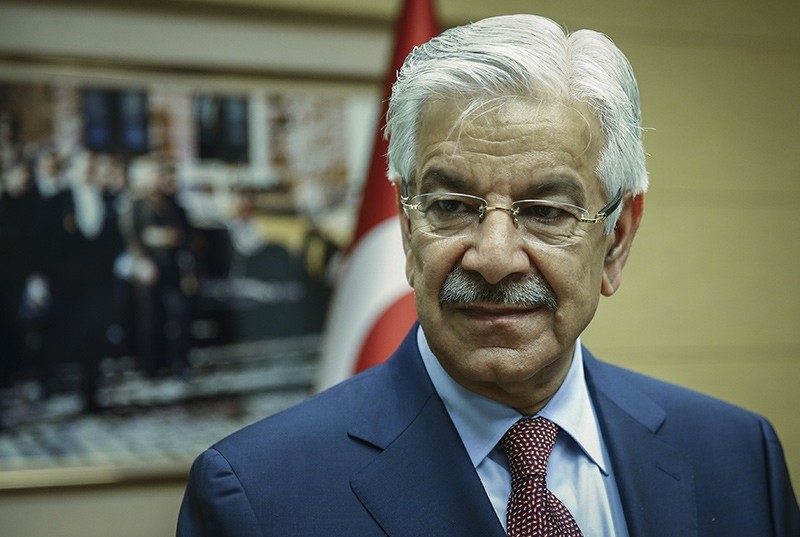 Pakistan is pleased to share the same views with Turkey regarding new U.S. strategy in Afghanistan, saying that a common stance is necessary, the country's foreign minister said Wednesday, as he criticized the U.S. for its policies in the region.

"We have talked to neighbors in the region and decided that we need to take a common stance [against Donald Trump's policy]," Khawaja Asif told Anadolu Agency at the airport in capital Ankara, as he left for Pakistan.

Bilateral cooperation in trade, economy and defense was discussed in the meetings, alongside regional issues, in particular Afghanistan, Asif said.

He added that both Turkey and Pakistan were against a military solution to Afghanistan.

"We hope for an approach which focuses on peace in Afghanistan. Not the way [American] President Trump has declared that they want to kill the terrorists, and not participate in development in Afghanistan," he said.

Last month, Trump announced a new phase in the 16-year campaign in Afghanistan, which, while short on detail, pledged further U.S. military involvement against the Taliban.

The apparent switch from Pakistan, a long-standing U.S. ally, to India led to the cancellation of three high-level meetings with U.S. officials by Islamabad and the passing of a resolution in parliament criticizing Washington's new policy as hostile and threatening.

"Taliban do not need a safe haven in Pakistan. Americans have given them 40 percent of Afghan territory in the last 15 years. So the Americans have provided them safe havens, not Pakistan," Asif said.

Asif also pledged support to Turkey in its fight against the Gülenist Terror Group (FETÖ), which is accused of carrying out the failed coup last July.

"The terrorists in Turkey, the Gülenist mafia, are our enemies. We stand with our Turkish brothers in the fight against terrorism," he said.

The terror group is also accused of orchestrating a long-running campaign to infiltrate Turkish state institutions, including the military, judiciary and police with the ultimate goal of taking over.