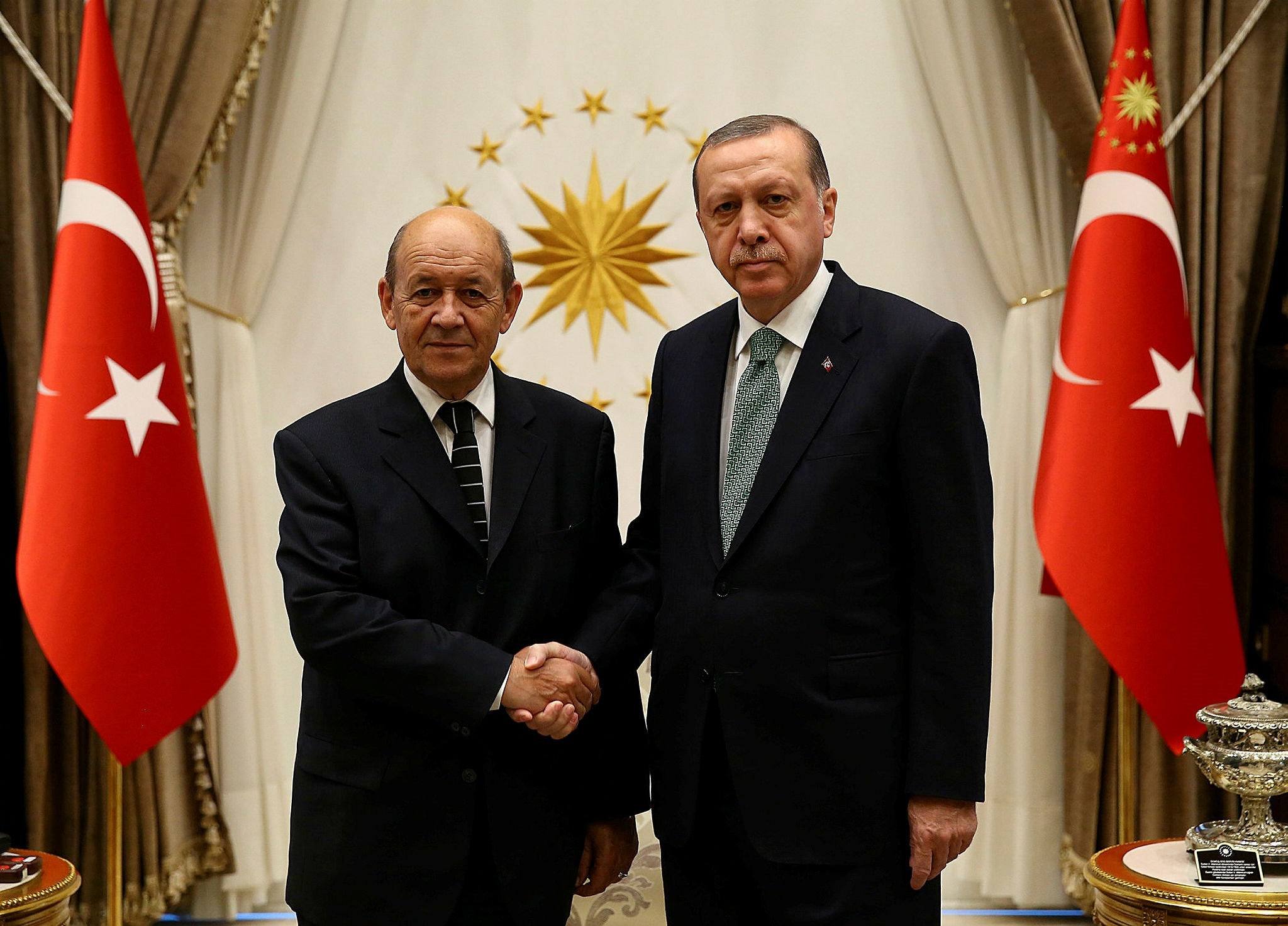 Erdoğan and the French foreign minister are expected to discuss the civil war and Daesh terror in Syria. The recently strained relations between Turkey and European Union is also one of the highlights of the agenda.

Erdoğan and Le Drian will also reportedly discuss the Paris agreement, which is due to be ratified by Turkey.

In the meeting, the importance of Turkey-EU strategic partnership, especially on migration will be discussed.

The top French diplomat is in Ankara for two days, where he will also have meetings with his Turkish counterpart Mevlüt Çavuşoğlu, heads of nongovernmental organizations and main opposition Republican People's Party (CHP) head Kemal Kılıçdaroğlu.