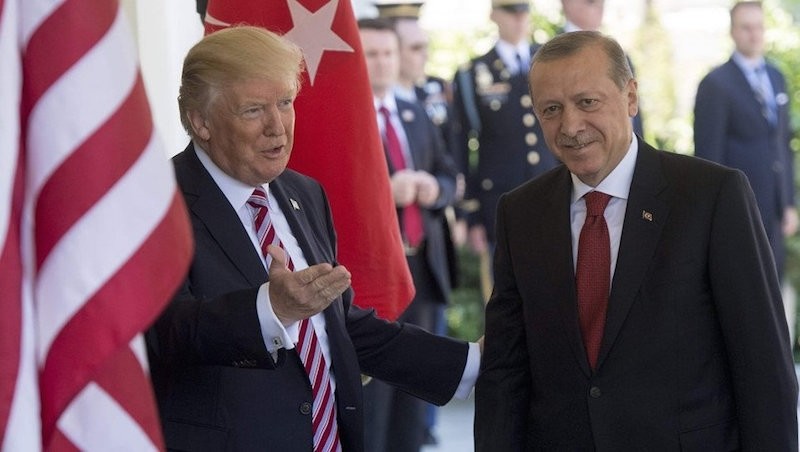 The date of a meeting between U.S. President Donald Trump and his Turkish counterpart Recep Tayyip Erdoğan has been determined, the White House announced.

The situation in Syria will likely be a topic of conversation between the two leaders, as the U.S.'s policies in the war-torn country have become the greatest problem between the two NATO allies because the U.S. supports the PKK terrorist group's Syrian offshoot the Democratic Union Party (PYD) and its armed wing People's Protection Forces (YPG).

Additionally, U.S.-Turkey relations have been further strained since an indictment was filed against Erdoğan's security personnel who were involved in a brawl with PKK sympathizers in front of the Turkish embassy in Washington in May.

The ongoing probe on violation of Iran sanctions involving a former Turkish minister in the U.S. will likely be another topic of discussion, as Turkey claims the probe is nothing more than the continuation of the Gülenist Terror Group's (FETÖ) December 17-25, 2013 operation against the Turkish government.

Only hours before the White House statement, Erdoğan said in a live TV interview that the steps of a group of government officials working alongside FETÖ has been shadowing the relations with Trump administration.

He said that Trump called him about the issue while he was attending the Organization of Islamic Cooperation (OIC) Summit of Science and Technology in Astana, which was held on Sept. 9 and 10. "In our phone call, President Trump said he is upset with the issue. He said 'I had it examined but this a mistake made by the security personnel linked to a state, not the federal government. They are not directly linked to me but I will monitor this closely, look into it.' I thanked him and we will have a face to face meeting on Sept. 21, in which we would have to discuss the details of these," Erdoğan said.

Former Economy Minister Zafer Çağlayan was recently charged by a U.S. prosecutor with "conspiring to use the U.S. financial system to conduct hundreds of millions of dollars' worth of transactions on behalf of the government of Iran and other Iranian entities, which were barred by U.S. sanctions" between 2010 and 2015.