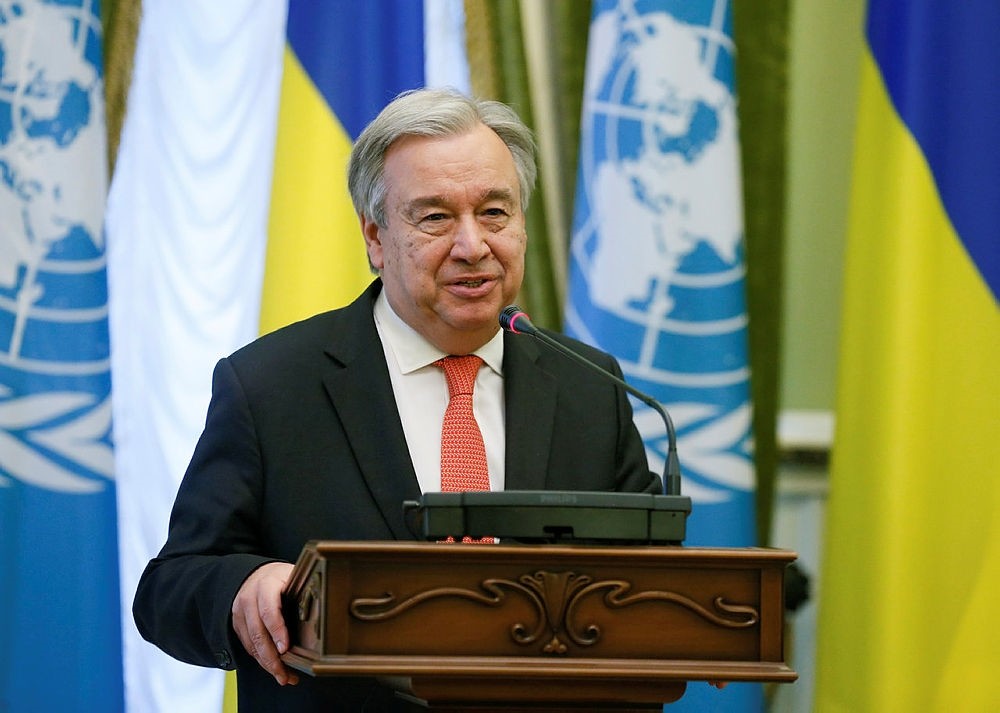 The U.N. says Secretary-General Antonio Guterres opposes the Sept. 25 independence referendum planned by the Kurdish Regional Government (KRG) for the enclave in the country's north.

U.N. spokesman Stephane Dujarric said Sunday that Guterres believes any unilateral decision to hold a referendum now would detract from the need to defeat Daesh.

He says the U.N. chief believes the referendum would also detract from reconstruction of regained territories and the safe return of over 3 million people displaced by Daesh.

Dujarric says Guterres respects Iraq's "sovereignty, territorial integrity and unity" and believes all issues between the federal government and the Kurdistan regional government should be resolved through dialogue and compromise.

He says Guterres is calling on Iraq's leaders to approach the matter with "patience and restraint."