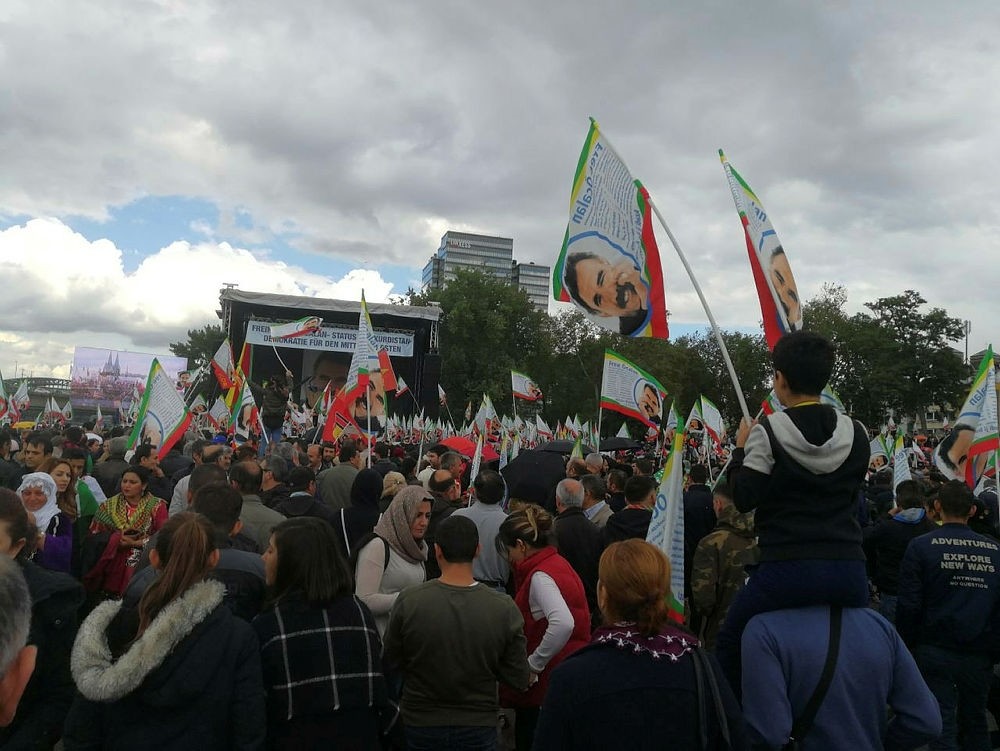 The German government said it will examine ways to define the ban on terror symbols better after hundreds of PKK supporters and sympathizers gathered in Cologne on Saturday.

Even though the German Interior Ministry updated its list of prohibited PKK symbols in March, the demonstrators carried banned posters of jailed leader Abdullah Öcalan and symbols of the organization.

Dimroth said the ministry sent a mandate over the list of banned symbols to the German states, adding that the list could be expanded anytime.

Berlin previously allowed a march to be held under a slogan-bearing the name of the imprisoned leader of the PKK, despite the German Interior Ministry having passed a ban on the brandishing of 33 symbols linked to the PKK in March, including the PKK flag and photos of Öcalan.