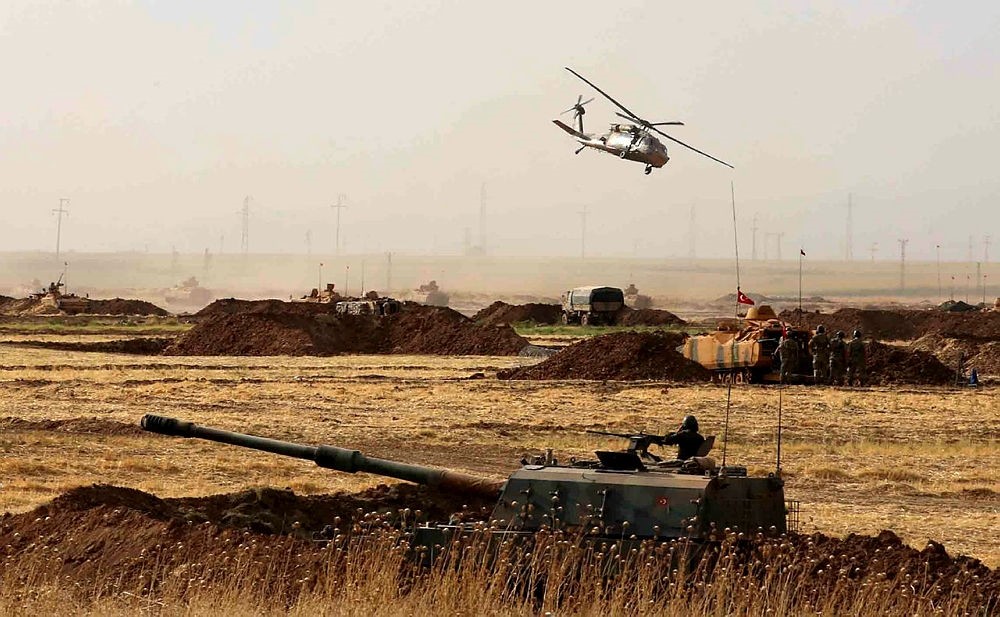 A Turkish military helicopter flies near the Habur border gate between Turkey and the Iraqi Kurdish region in u015eu0131rnak province, Turkey. (AA Photo)
by Compiled from Wire Services Sep 24, 2017 12:00 am

The Iraqi government asked the Kurdish Regional Government on Sunday to hand over international border posts and its international airports, retaliating to the independence referendum to be held on Monday in northern Iraq.

It also asked the foreign countries to stop oil trading with the KRG and to deal with the central government in regards to airports and borders, said a statement published by Prime Minister Haider al-Abadi's office.

"At the request of the Iraqi government, all air flights to the airports of Sulaymaniyah and Erbil airports have been halted," IRNA quoted Kaivan Khosrawi, a spokesperson for the Iranian Supreme Security Council, as saying.

He said flights from the Kurdish region to Iran have also been stopped.

On Monday, Iraqis in areas held by the Kurdish Regional Government (KRG) -- and in a handful of territories disputed between Erbil and Baghdad -- will vote on whether to secede from Iraq.

Along with Baghdad, Turkey, the U.S., Iran and the UN have all spoken out against the poll, saying it will only distract from the ongoing fight against Daesh and further destabilize the region.

KRG's leader, Masoud Barzani, has said a "Yes" vote would not result in an automatic declaration of independence but would simply lead to further negotiations with Baghdad.