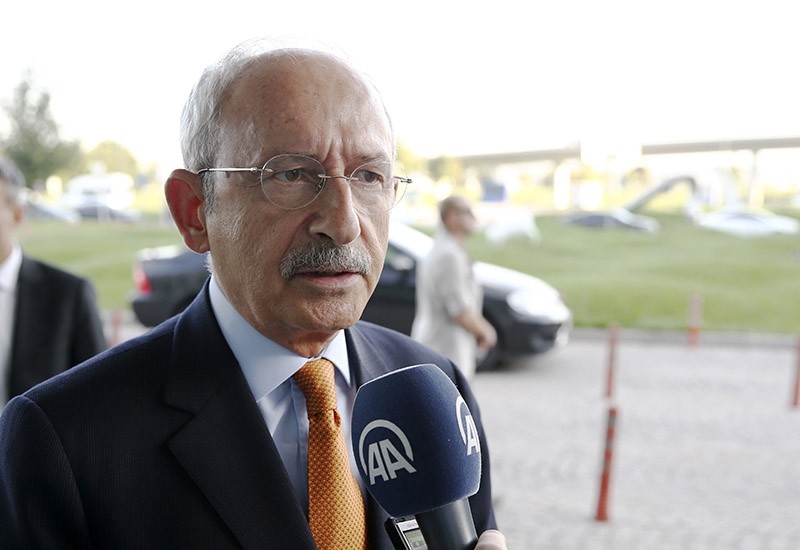 "If a mutual solution is found, Turkey will be able to make significant progress," Kılıçdaroğlu told reporters at Ankara's Esenboğa Airport before leaving for Istanbul.

The CHP chairman also underlined the importance of a consensus within the Turkish parliament regarding the KRG vote.

The Turkish parliament voted Saturday to extend the military mandate for Iraq and Syria for another year.

The mandate was first approved by parliament in October 2014 and has been renewed every year, allowing military action in Turkey's two southern neighbors against Daesh terrorists and other groups deemed by Ankara to be terror organizations.

Iraq's central government has threatened to intervene militarily if the KRG vote leads to violence.

Monday's non-binding referendum will see voters in KRG-held areas, including areas disputed between Irbil and Baghdad such as oil-rich Kirkuk, vote on secession from Iraq.

Despite opposition from Turkey, Iraq and Iran as well as the United States, KRG leader Masoud Barzani has insisted to go ahead with the controversial independence referendum, saying that a "Yes" win would not result in an automatic declaration of independence but would simply lead to further negotiations with Baghdad.