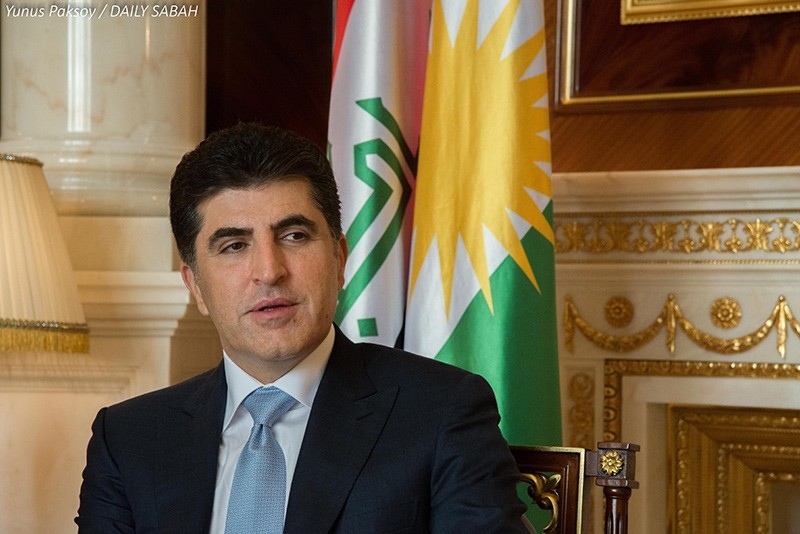 A possible series of sanctions to be imposed by the Turkish government in retaliation to the Kurdistan Regional Government's (KRG) independence referendum would be harrowing for the economic situation of the Iraqi Kurdish people, KRG Prime Minister Nechirvan Barzani said.

Speaking to Daily Sabah in an exclusive interview in the KRG capital Irbil, Barzani acknowledged that Ankara's economic sanctions would deal a staggering blow to the KRG economy, saying "there will be problems." 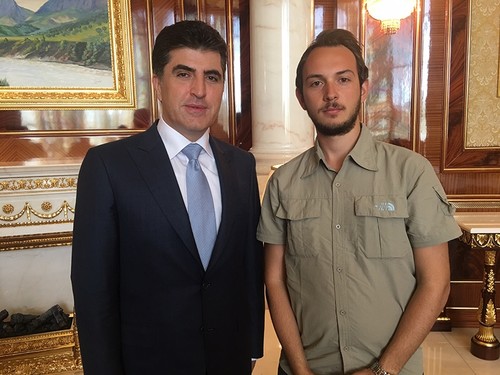 When asked about whether the Irbil government has a concrete plan in the face of possible Turkish sanctions, Barzani did not provide a definite answer, saying: "It will definitely have a [negative] impact on the people."

Shutting the Habur border gate and closing the oil trade stand out as the most effective sanctions that might be imposed by the Turkish government.

"There is no reason for this," Barzani said, wishing that the border would not be closed.

Trade that is conducted via the Habur border gate, regarded as the KRG's gateway to the rest of the world, is of vital importance, as it is currently in an economic bottleneck.

As for shutting down the KRG's oil trade, the Iraqi Kurdish prime minister said, "It is true that Turkey has the control over the valve. However, we have an agreement signed with Turkey."

The KRG exports hundreds of thousands of barrels of oil per day through Turkey to international markets.

Ankara and Irbil have come on the verge of a military battle after President Erdoğan indicated that the Turkish military could suddenly show up at the KRG border overnight. Foreign Minister Mevlüt Çavuşoğlu also stressed that a military operation would be likely if Turkmens in Kirkuk were harmed.

The possibility of the operation heightened after the Turkish Armed Forces (TSK) kicked off a drill near the border. Furthermore, the Iraqi army teamed up with the TSK earlier this week, jointly carrying out the drill.

Barzani ruled out such a military maneuver.

"I do not think such a thing will take place. The military drills are being carried out within the Turkish borders," he said.

The northern Iraqi city of Kirkuk has been a bleeding wound in the bilateral relations. The Turkish government levies harsh criticism at the KRG for trying to include the city into the independent Kurdistan. Ankara argues the Turkmen population in Kirkuk will be subjected to demographic change and assimilation.

Barzani claimed that the KRG "will not impose anything on them."

The KRG prime minister asserted that the KRG has never been a national security threat to Turkey, and it would continue to remain that way, in an attempt to soothe the anxious Turkish society.

"The referendum will not swiftly define Kurdistan's borders. There will be dialogues with the Iraqi government. It does not, in any way, threaten the national security of Turkey. Why would a question asked to our people threaten Turkey's security?" he said.

Claiming that the referendum issue has been overly exaggerated in Turkey, Barzani said, "We do not see any necessity [for Turkey] to such actions."

The referendum also drew ire due to banners hung across Irbil that portrayed "a greater Kurdistan," absorbing some Turkish provinces into it. Responding to claims that Turkey is concerned that the KRG may side with the PKK to form such a composition, Barzani said, "there is no similarity between what the Iraqi Kurds and the PKK want. The situation here is unique."

Underscoring that the reason why the KRG opted to hold a referendum for independence is the strife between Irbil and Baghdad, Barzani said, "The Baghdad government has not been able to persuade us to not separate. Ask Baghdad why we have come to this point."

In an attempt to clarify the images of Iraqi Kurds celebrating the independence referendum by waving Israeli flags on the streets of Irbil, Prime Minister Barzani said that such actions do not reflect the policy of the KRG.

"Apart from our legal flag, hanging up other flags is not our government's policy. It is not a situation that stemmed from the instruction of the government. When we think cleverly, such flags were not flown or hung up as part of a plan of the KRG," Barzani said, adding that the Irbil government does not have any relations with Israel at all.

"However, we do not keep any animosity toward anyone in the world," he said.