Turkey will stand by KRG if Irbil amends its mistake, Erdoğan says 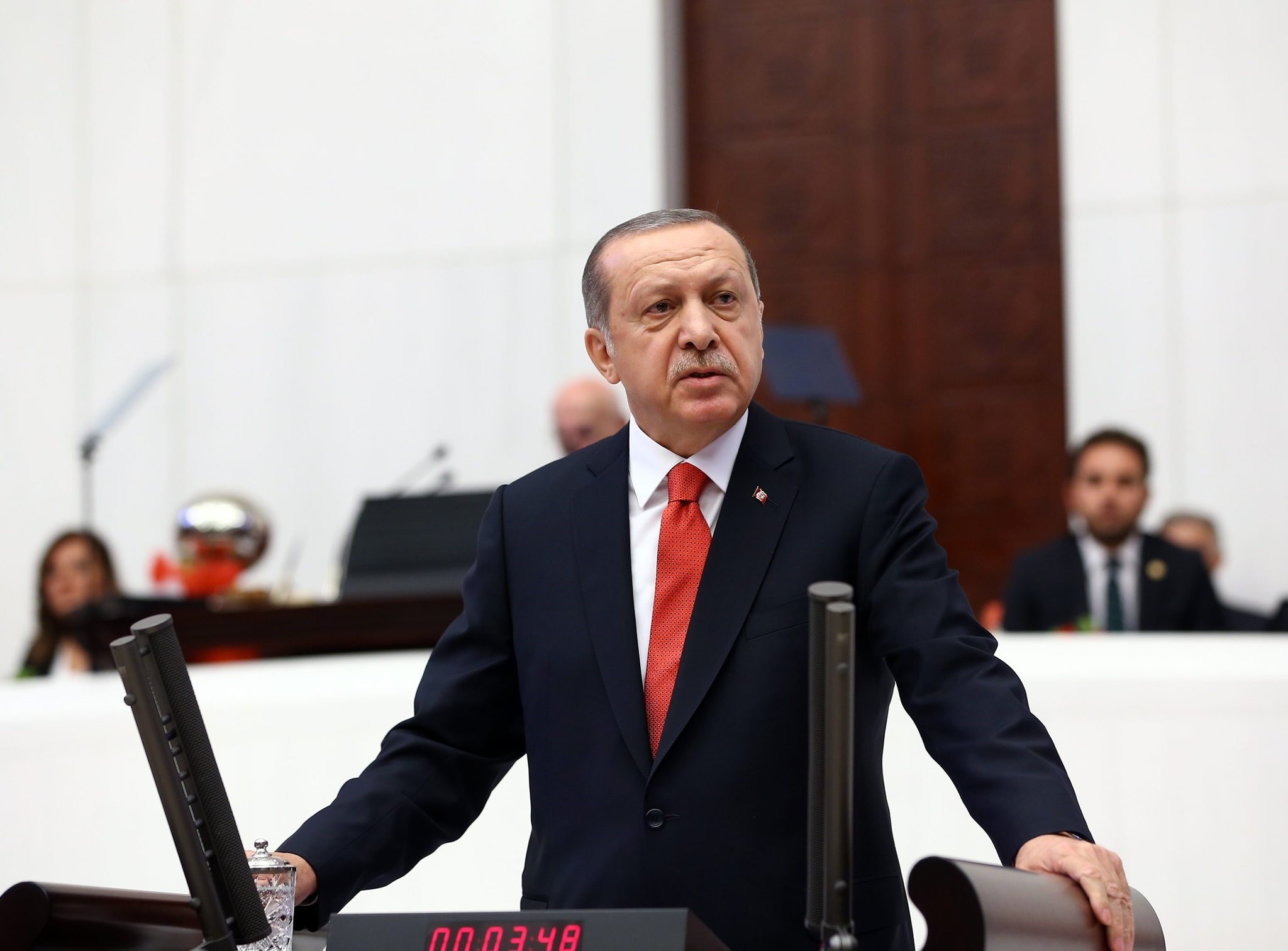 Turkey, as a state and its people, will stand by the people of northern Kurdistan, if the Kurdistan Regional Government (KRG) backtracks from its independence aims, President Recep Tayyip Erdoğan said yesterday in his opening speech as Parliament convened for the third legislative session.

"As Turkey, we have taken some steps with the Iraqi central government and Iran. It is our desire that the issue is solved through common sense and peace as soon as possible. When the Kurdistan Regional Government shows the wisdom to amend their mistake, then as Turkey, together with its state and people, we will continue to stand by our brothers," the president said.

Monday's illegitimate poll saw Iraqis in KRG-controlled areas, and in a handful of territories disputed between Irbil and Baghdad, including ethnically mixed Kirkuk and Mosul, vote on whether or not to declare independence from Iraq's central government.

"We will not turn a blind eye to a source of trouble for Turkish and Iraqi people, as well as countries in the region to be established right across our borders. Defending the rights of the Kurds in Irbil cannot mean to not count the rights of Arabs in Mosul and Turkmens in Kirkuk," Erdoğan said, and added that Turkey will not tolerate threats over Kirkuk and will ensure the KRG pays for its actions.

Ankara has long criticized Irbil's motivation to impose influence over the disputed Kirkuk area, saying Turkey will not allow the oppression of Turkmens in the region.

Erdoğan called on the KRG leadership to not take steps motivated by personal passions that would bring people into chaos and conflict. The president also drew attention to the fact that the international community has opposed and not supported the independence referendum held on Sept. 25.

Turkey, the U.S., Iran and the U.N. have all joined Baghdad in speaking out against the poll planned for the Kurdish-controlled areas of northern Iraq, saying the vote would distract operations against Daesh and lead to greater instability in the region.

Several air carriers, including the Turkish Airlines, halted flights to and from northern Iraq's Kurdish region.

The Turkish Armed Forces (TSK) recently began a military drill in the region around the border town of Silopi with 100 military vehicles, which continued with reinforcements this weekend and was later joined by central Iraqi forces.

Iranian and Iraqi central government forces are to hold joint military exercises near their borders, Iran's state television reported on Saturday, as part of Tehran's efforts to support Baghdad after the Kurdish independence referendum. State television quoted a military spokesman as saying the decision to hold the war games in the next few days was taken at a meeting of top Iranian military commanders who also "agreed on measures to establish border security and receive Iraqi forces that are to be stationed at border posts."

On Saturday, Turkish Prime Minister Binali Yıldırım warned the KRG, saying it would be "responsible for the future events in the region," in the aftermath of last week's controversial independence referendum. Speaking at a public gathering in northwestern Turkey's Kocaeli, Yıldırım said the KRG would pay the price for the illegitimate referendum and its administration will be the only one responsible for the things to come. "Besides our Kurdish brothers, many other ethnic groups live there. By holding the referendum, with no respect for opinions, the KRG has shown a greedy attitude. It is playing with fire."

Despite opposition from international community, KRG leader Masoud Barzani insisted on going ahead with the controversial independence referendum, which was supported only by Israel.

Meanwhile, Deputy Prime Minister Bekir Bozdağ said over the weekend that Turkey would take concrete measures against the KRG when the time is right. "Different economic, military and political measures have all been planned. The government will decide on the time and order of priority to implement them," he said.Stressing that the KRG referendum was illegal and violated international laws, Bozdağ said the international community and Turkey will not recognize the outcome.

He added that the planned measures against the KRG will be implemented step by step. He also pointed out the government's responsibility to safeguard national security.

Commenting on the referendum, Interior Minister Süleyman Soylu said Turkey itself will decide when to take actions and when to stay calm. He was speaking at the Justice and Development Party's (AK Party) Çarşıbaşı Distrsict Head's ordinary session on Sept. 30. Reminding that Turkey has overcome the negative impacts from last year's failed coup attempt, Soylu said the KRG incident is now being put as a hurdle in front of Turkey, but the country will solve the issues with reason.