There must be a time limit, FM Çavuşoğlu tells KRG 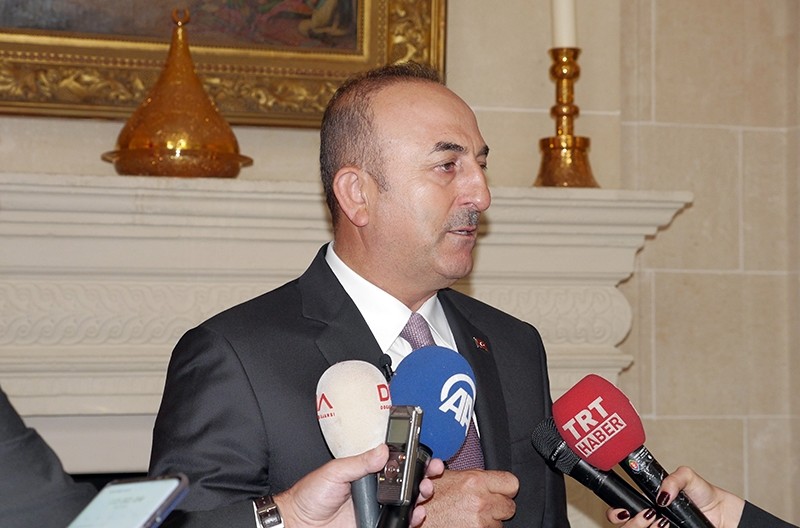 A time limit should be set up for the northern Iraq's Kurdish Regional Government (KRG) to reconsider from their "mistake" of holding an illegitimate referendum, Foreign Minister Mevlüt Çavuşoğlu said Thursday.

"There must be a time limit," said Çavuşoğlu told reporters in Paris following a meeting with his French counterpart Jean-Yves Le Drian.

He said the KRG had to take necessary initiatives to cancel the result of the Sept. 25 illegitimate referendum in the Kurdish-controlled areas of northern Iraq "within the given time".

"If necessary steps are taken within that time, then ok, but if not, then the demands and steps [made by] the Iraqi administration will be important criteria for us," he added.

Regarding French President Emmanuel Macron's initiative to mediate between Iraq and the KRG, Çavuşoğlu said Ankara supported all kinds of contributions for a solution to the issue between Baghdad and Irbil. Although, he also said he doubted that a single country could provide it.

"France stressed that this problem should be resolved within this framework and in accordance with the current Iraqi constitution," he said, adding that Ankara also saw the issue from a similar perspective.

"We have already spoken to the French administration today and we are also telling our other interlocutors that [KRG President Masoud] Barzani still can [correct] he mistake. He put the future of Iraq, especially the future of the Kurds, in danger by ignoring our calls before the referendum, but now he has to listen to this call."

Çavuşoğlu also said the problem should be solved as soon as possible for the stability in the region.

On Sept. 25, Iraqis in KRG-held areas — and in several areas disputed between Baghdad and Irbil — voted on whether to declare independence from Iraq.

The illegitimate referendum was heavily criticized by most regional and international actors, many warning that it would distract from Iraq's ongoing fight against terrorism and further destabilize the already-volatile region