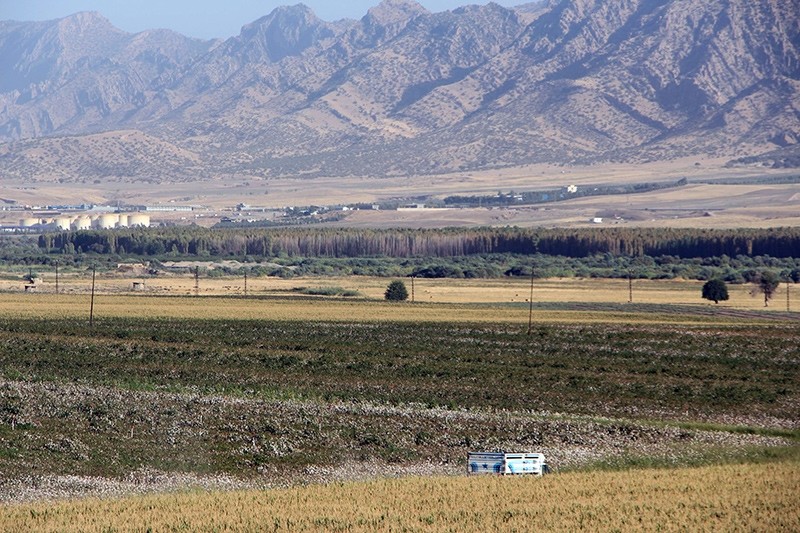 Ovaku00f6y village, where the new border gate between Turkey and Iraq will be located (DHA Photo)
by Daily Sabah with Agencies Oct 06, 2017 12:00 am

Turkey wants to open a new border gate with Iraq in cooperation with the central government in Baghdad after it shuts down the existing gate in response to last week's Kurdistan Regional Government (KRG) independence referendum, Prime Minister Binali Yıldırım said.

"We have proposed opening the new Ovaköy gate, west of currently used Habur gate, to Baghdad and we are expecting their support. We will be happy to discuss this with (Iraqi Prime Minister Haider) al-Abadi," Yıldırım told reporters, saying the timing of his visit to Baghdad was a work in progress.

The prime minister noted that the new border gate aims to make sure that the Turkmen, Kurdish and Arab people living in northern Iraq are not affected by the ongoing crisis.

"All ethnic groups must freely live there [in northern Iraq]" Yıldırım said, adding that Turkey wants to make sure that people from different ethnicities and religions have a better future.

On Sept. 25, Iraqis in KRG-held areas — and in several areas disputed between Baghdad and Irbil — voted on whether to declare independence from Iraq.

The illegitimate referendum was heavily criticized by most regional and international actors, many warning that it would distract from Iraq's ongoing fight against terrorism and further destabilize the already-volatile region