PM Yıldırım invited to Iraq to discuss steps against KRG 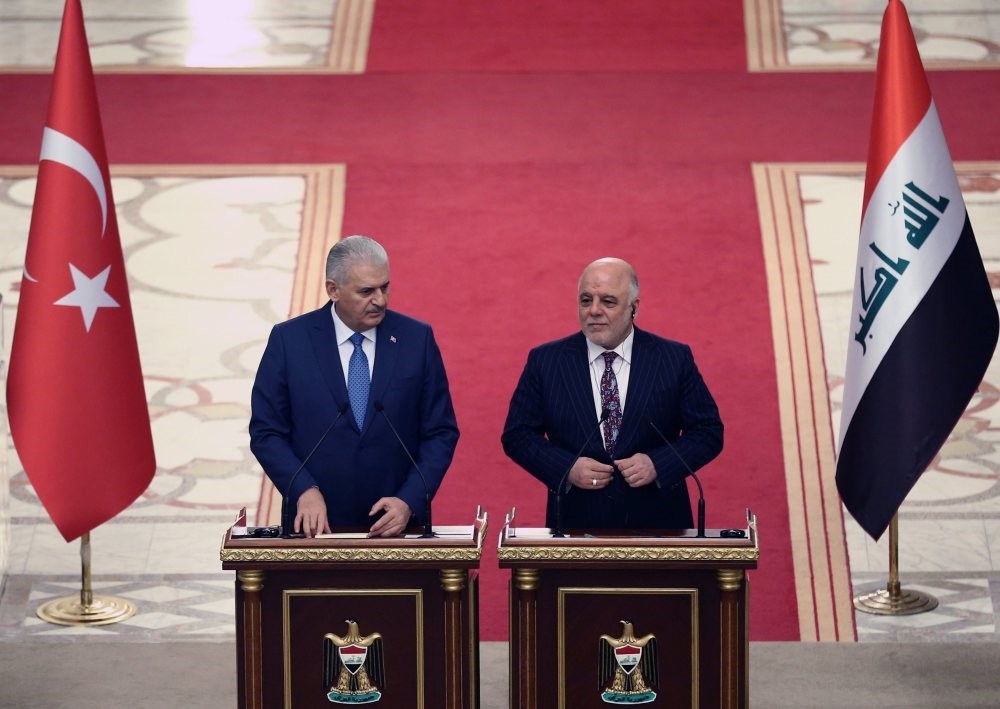 Confirming that he has been invited to visit Iraq by Prime Minister Haidar al-Abadi, Prime Minister Binali Yıldırım said the ties between Ankara and Baghdad will overcome the existing disagreements, as they share a common stance against the KRG's independence aims

Responding to a question regarding a possible visit to Iraq, Yıldırım said that Abadi invited him, adding that "the context and the date of the visit will be determined later."

Earlier on Friday, Iraqi ambassador to Ankara Hisham al-Alawi said that Yıldırım will visit Iraq soon, adding that "high-level talks will provide an opportunity for the leaders to talk about the practical steps to deal with some of the key issues including the Kurdistan Regional Government's [KRG] referendum on independence and bilateral issues."

Yıldırım said that Turkey's Bashiqa military camp in Iraq should not be a matter of debate between the two countries, as the fight against Daesh is ongoing. "We should be in close cooperation in these issues [referendum and fight against terrorism]. I think our relations with Iraq will increase following the KRG's referendum, which we reject strongly." He also reiterated that Ankara supports Iraq's territorial integrity.

Yıldırım addressed the independence referendum that passed in Iraqi Kurdistan, saying: "The Turkish military is conducting a joint exercise with the Iraqi military, we will take further steps as President Recep Tayyip Erdoğan previously signaled. When the preparations are completed, these steps will be put into practice."

Delivering a speech to the press at the Iraqi embassy in Ankara on Friday, Alawi said that the Iraqi military wants to retake full control of its borders, adding that Iraq may use force in doing so. "The joint military drill with Turkey is a preparation for this," he said. He also said that Turkey and Iraq should agree on the Bashiqa camp issue before any military operation.

Talking about steps to be taken against the KRG, Alawi said that Ankara and Bagdad are working on a new border gate to bypass the KRG in Faysh Habur, a province in the northwestern part of Iraq. He added that the new border gate would pass through Mosul. "Fays Habur will be protected easily as it is near the gas pipeline," Alawi said. He also said that a memorandum of understanding regarding oil and petroleum trade has been prepared by the Energy Ministries of the two countries, adding that he expects a win-win situation for both sides.

Alawi said that relations between Turkey and Iraq can improve on security, intelligence sharing and economy, adding that Baghdad wants to enhance cooperation. He said that two countries have also been cooperating on water issues.