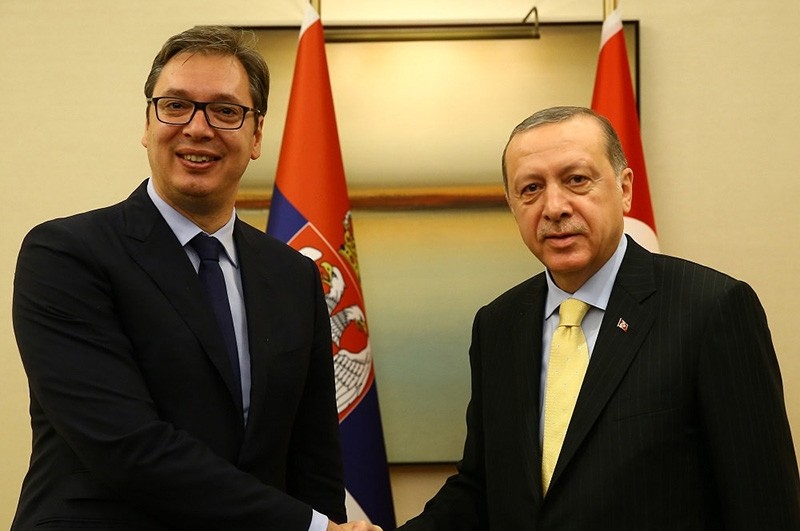 President Recep Tayyip Erdoğan will visit Serbia to meet with Serbian counterpart Aleksandar Vucic on Oct. 9 to 11 to enhance bilateral ties between the two countries.

According to a written statement from the presidency's press office, Erdoğan will head to Serbia after his Ukraine visit and will hold bilateral and inter-committee meetings with Vucic and sign various agreements.

Turkey-Syria Business Forum will also be held during the president's visit.

Serbian Ambassador Danilo Vucetic had previously said that Erdoğan's visit would aim to " quickly explore the possibilities of economic cooperation" among the two countries, and the president would be accompanied by a group of businesspeople.