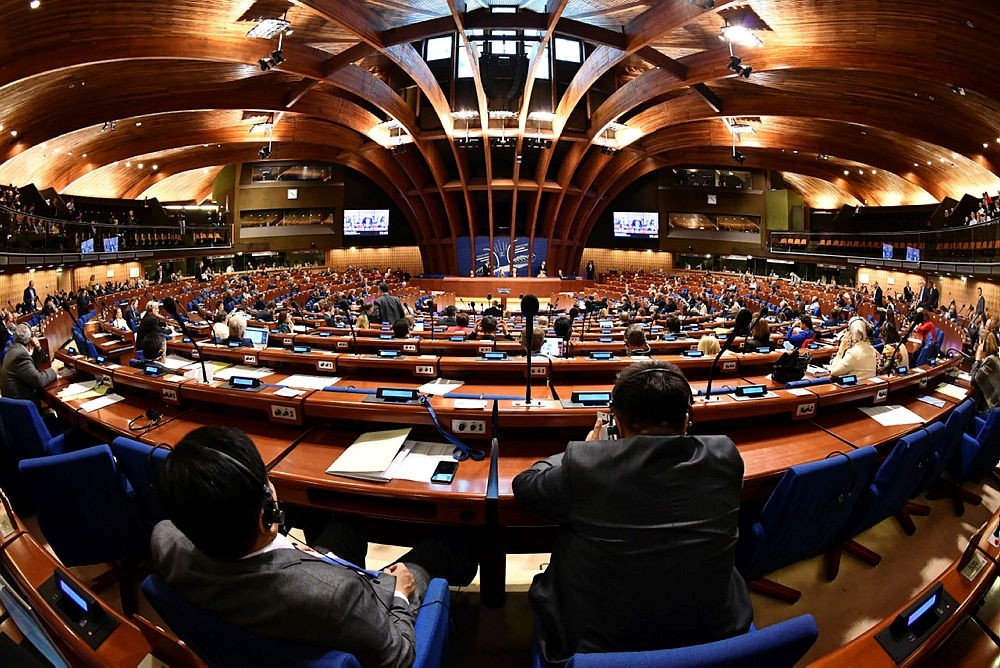 The Foreign Ministry slammed the Parliamentary Assembly of the Council of Europe (PACE) for awarding a senior Gülenist Terror Group (FETÖ) member with a human rights prize on Monday.

A statement released by the ministry said offering the Václav Havel Human Rights Prize to Murat Arslan, former president of the now dissolved Association for the Union of Judges and Prosecutors (YARSAV), was "wrong and unacceptable."

PACE announced earlier Monday that the prize "has been awarded to the Turkish supporter of the independence of the judiciary, Murat Arslan."

Arslan was detained as the result of evidence that implicated strong ties to and membership in FETÖ, which Ankara says orchestrated the coup attempt on July 15, 2016.

"Making such a mistake under the roof of an organization that is the defender of the principles of democracy, human rights and the rule of law has seriously damaged the credibility of the PACE," the ministry statement read.

The ministry accused the assembly of "aiding the circles that support terrorism" and betraying "the ideals of democracy and human rights" by presenting Arslan, a terrorism suspect in Turkey, as a human rights defender.

PACE awards the Vaclav Havel Human Rights Prize annually in partnership with the Vaclav Havel Library and the Charta 77 Foundation "to reward outstanding civil society action in defense of human rights in Europe and beyond," according to the assembly's website.