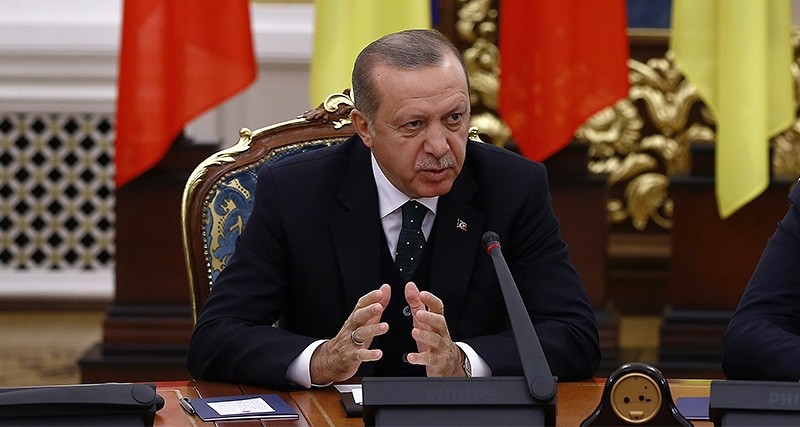 President Recep Tayyip Erdoğan said Monday that the U.S.' decision to suspend visa services at its missions in Turkey was "very upsetting" amid a diplomatic row that broke out due to the arrest of a U.S. Consulate employee over alleged FETÖ links.

Speaking at a press conference with his Ukrainian counterpart Petro Poroshenko in Kiev, Erdoğan said Turkey is governed by the rule of law, and is not "a tribe", referring to the arrest of U.S. Consulate employee.

The president said he told foreign ministry officials that the Turkish embassy in Washington should issue the same statement as the U.S. in accordance with the principle of reciprocity to halt visas from the U.S.

An embassy statement said: "Recent events have forced the U.S. government to reassess the commitment of the Government of Turkey to the security of the U.S. Mission facilities and personnel."