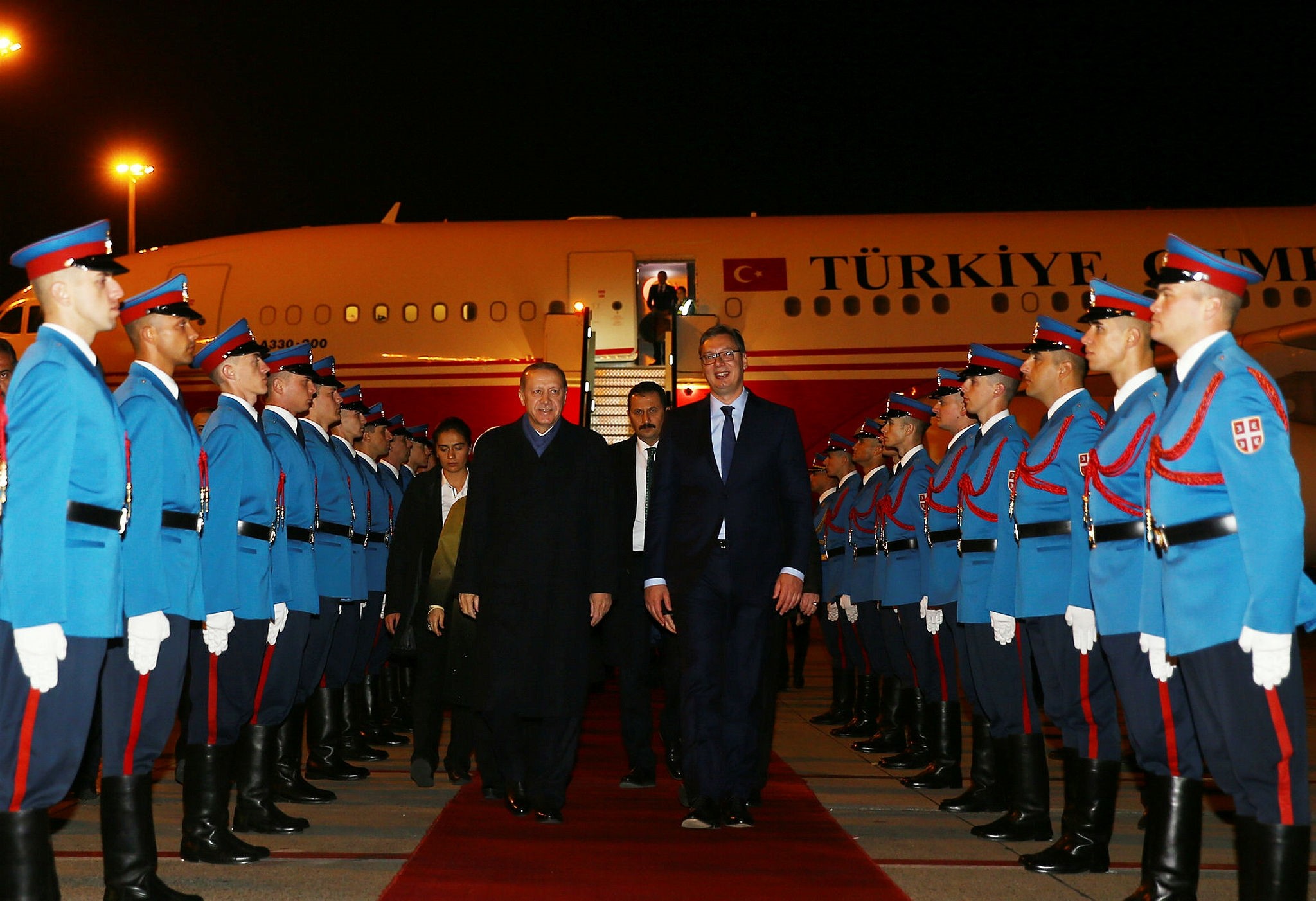 President Recep Tayyip Erdoğan arrived in Belgrade on Monday for an official two-day visit. The President was greeted by his Serbian counterpart and ministers upon his arrival in Nikola Tesla International Airport. 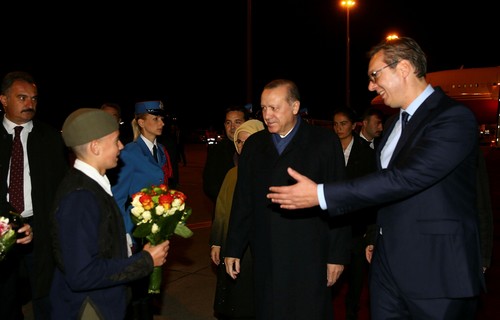 Erdoğan is scheduled to meet his Serbian counterpart Aleksandar Vucic and the country's parliament speaker. They will also hold talks on bilateral issues and sign a range of agreements.

The leaders are also expected to attend the Turkey-Serbia Business Forum.

Erdoğan will also visit the Damad Ali Pasha Tomb in Belgrade Fortress, an Ottoman structure which is undergoing renovation by a Turkish development agency.

He will also visit the Sokullu Mehmet Pasha Fountain, another Ottoman-era structure in Belgrade, before going to the southern Muslim-majority city of Novi Pazar on Wednesday.