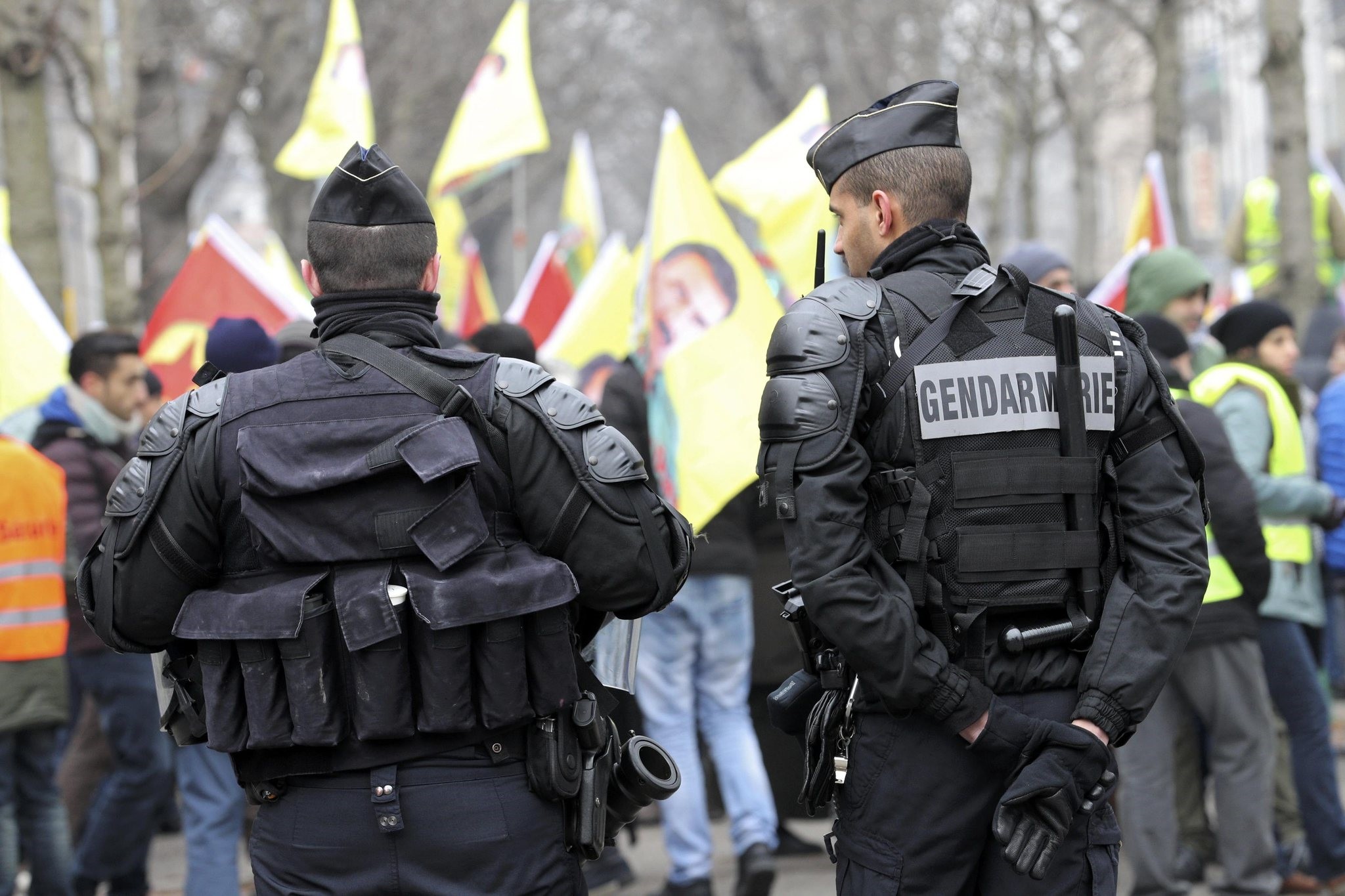 French gendarmes stand guard during a demonstration in support of the jailed leader of the PKK terror group u00d6calan in Strasbourg, France, February 11, 2017. (REUTERS Photo)
by Anadolu Agency Oct 10, 2017 12:00 am

French authorities have permitted supporters of the terrorist group PKK to set up a propaganda tent in a parking lot in Strasbourg, home to both the European Parliament and the Council of Europe.

A tent covered with emblems of the internationally banned terror group emblems and photos of its jailed leader Abdullah Öcalan appeared on Tuesday in the city, near the headquarters of the Council of Europe.

The Strasbourg Governor's Office announced that the group is authorized to occupy the area during sessions of the council's parliamentary assembly, also known as PACE.

The council also notified its employees in an email that the parking lot will be closed through Oct. 13.

The terrorist sympathizers have been organizing similar propaganda events in Strasbourg since 2011.

Although the PKK is listed as a terrorist organization by the U.S. and the EU, a number of countries continue to tolerate its propaganda, recruitment, and fund-raising activities, despite Turkey's objections.

For more than 30 years, the PKK has waged a terror campaign against Turkey, leading to the deaths of more than 40,000 people -- security forces and civilians alike -- including more than 1,200 since July 2015 alone.