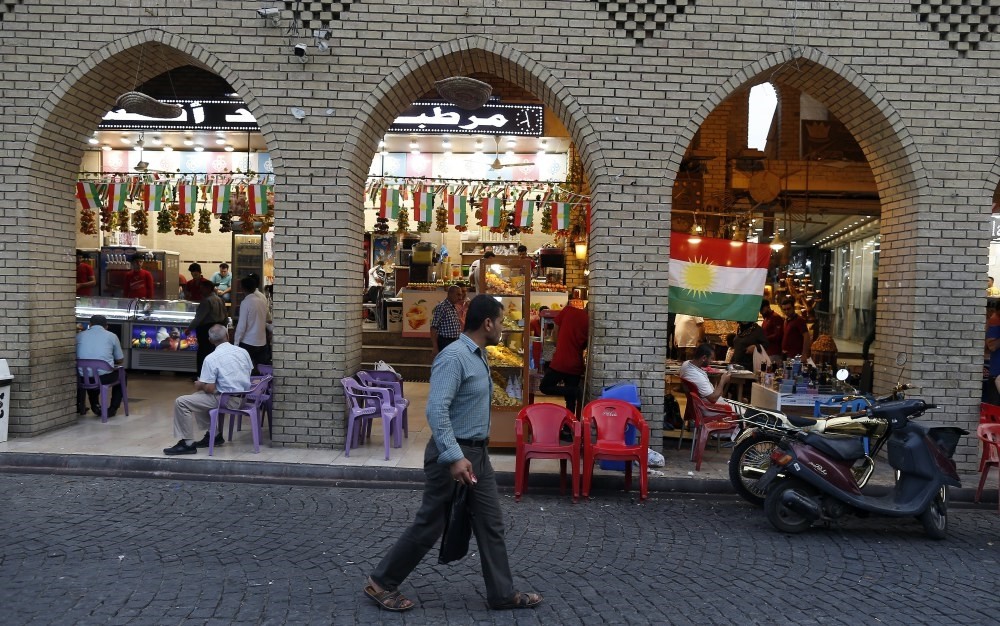 The Turkish government will not give up on its demands regarding the future of the Kurdistan Regional Government (KRG) amid reported talks between Irbil and Baghdad that a confederation system may be an option on the table, a high-level official from the Foreign Ministry told Daily Sabah.

The exceptionally stiff environment in the region in the wake of the KRG independence referendum on Sept. 25 seems to have partially cooled down as negotiations have been reported between the KRG and Baghdad. NRT, a KRG-based news outlet, reported earlier this week that a confederacy is among the options instead of independence.

While negotiations and several administration options have been reported in the international media, the senior official, speaking on the condition of anonymity, stressed that Ankara upholds the territorial and political integrity of Iraq and will continue to do so. "We say that the KRG should cancel the illegitimate referendum and take action in line with the [Iraqi] constitution," the official said."

The KRG's independence referendum faced fury and stern backlash from Ankara, which vehemently contests the idea of an independent Kurdistan. Even though Irbil has so far enjoyed the best of relations with Turkey in comparison to others, the aftermath of the independence vote was in stark contrast.

President Recep Tayyip Erdoğan even warned Irbil that the Turkish military strike the KRG overnight. In line with Ankara's warning, the Turkish Armed Forces (TSK) started a military drill along the Iraqi border, which later on saw the Iraqi military join the action.

Ankara has also put forward economic sanctions, including shutting border crossings and blocking the KRG's oil trade, which travels through Turkey. Meanwhile, Prime Minister Binali Yıldırım said yesterday that there will be more measures taken against Irbil in coordination with the central government in Baghdad and Iran."The unilateral step is against the Iraqi constitution. There is no way they will ride out the storm now that they have lost the friendship of the central government and Iran. Our advice is that they correct this serious mistake," Yıldırım said. He also scheduled an official visit to Baghdad to discuss the KRG independence referendum and possible steps to be taken against it with Iraqi Prime Minister Haidar al-Abadi.

Ankara is not thoroughly against talks between Irbil and Baghdad for a solution. That being said, the senior Turkish official stressed that "it is natural to have a discussion on the framework drawn by the constitution on the future of Iraq after fulfilling the requirements."

The Turkish government has been speaking of requirements that must be met by Irbil, including the annulment of the Sept. 25 referendum and the preservation of the status quo in Kirkuk.

Çetiner Çetin, an Ankara news coordinator for the Türkiye daily specializing in the regional affairs, said the Turkish government has two preconditions: "Taking away the independence card from the hands of the Kurds by the annulment of the referendum and reaching a conclusion on the Kirkuk issue."

A confederation system would allow Iraqi Kurds to possess a wide range of already-owned rights and privileges. The Iraqi flag is rarely seen in Iraqi Kurdistan, Iraqi police forces and soldiers are nonexistent in the cities of the KRG and public servants are fully loyal to the Irbil government rather than Baghdad.

Mesut Özcan, head of the Foreign Ministry's Diplomacy Academy, argued that Irbil is negotiating its plan that had been on its agenda prior to the referendum. According to Özcan, the independence vote was a tool for the KRG to gain leverage. "It could be suggested that the plan that had been on the agenda before the referendum will be brought up in a revised way," he said.

Çetin believes that KRG President Masoud Barzani set his sights on formalizing the de facto situation in Iraq. "The KRG wants the quasi confederal system in Iraq to be formalized. There is already an existing system similar to confederation in Iraq."

To that end, Barzani may finally be willing to give up on independence and knuckle down to work. One of Iraq's three vice presidents, Osama al-Nujaifi, who recently met Barzani in Suleymaniyah, was quoted as saying that Barzani gave the green light to annul the vote should sanctions against the KRG be lifted and negotiations begin.

Baghdad has already crippled Irbil by blocking the KRG's airspace, which halted all international flights from and to Irbil, and requested control of all border posts and airports. Baghdad promises harsher measures against Iraqi Kurds if the independence crisis lingers.