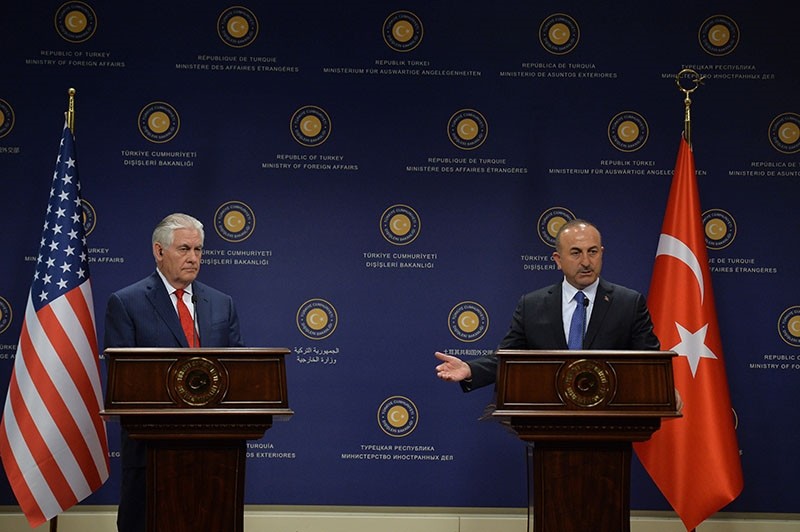 Foreign Minister Mevlüt Çavuşoğlu discussed the visa crisis between Turkey and the U.S. with his U.S. counterpart Rex Tillerson on the phone.

The phone call marks the first time the two ministers spoke since the visa dispute over Turkey's detention of a U.S. consulate staff for links to the Gülenist Terror Group (FETÖ), which is responsible for the July 15 failed coup attempt.

The meeting lasted around 40 minutes, diplomatic sources said, adding that the two ministers discussed necessary steps to overcome the issue. Sources noted that both sides aim to resolve the matter as soon as possible.

The U.S. suspended all non-immigration visa services in its missions in Turkey following the detention of the employee identified as Metin Topuz, who was arrested for espionage charges.