US will work to stay aligned with Turkey, military ops unaffected by visa crisis, Mattis says 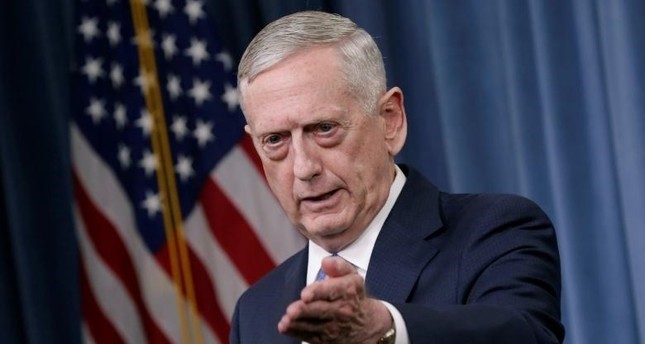 U.S. Defense Secretary Jim Mattis said Wednesday that military relations with Turkey had not been affected by diplomatic tensions between the two countries and that he would continue to work closely with his Turkish counterparts.

"It is a NATO ally that we will work hard to stay aligned with against our common enemy and we are doing good work together, military to military," Mattis told reporters on board a military plane.

When asked whether he expected the diplomatic dispute to affect future operations, Mattis said he did not want to speculate but in the past diplomatic tensions have not affected military relations.