Turkey and Russia in close coordination on Syria, officials say 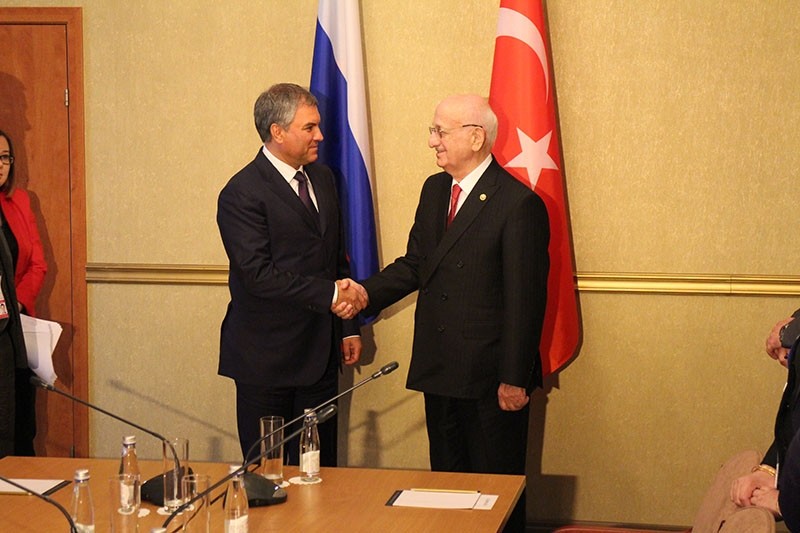 As the Turkish military is stepping up its presence in northwestern Syria, Turkey's parliament speaker said Saturday that Ankara and Moscow are working in close coordination on Syria.

"Multifaceted cooperation with Russia is one of the key elements of our foreign policy. We are in close coordination on Syria as well," İsmail Kahraman told a news conference in St. Petersburg after a meeting with his Russian counterpart Vyaceslav Volodin.

Kahraman was in the city as part of the Parliamentary Union (IPU) General Assembly.

Volodin, for his part, said, "Turkey is one of Russia's most important business partners. We would like to further improve our economic relations."

In line with agreements reached at peace talks in Astana, Kazakhstan, Turkish troops are tasked with monitoring a cease-fire and establishing a series of observation posts along the line between the Syrian areas of Idlib and Afrin.

Turkish troops were initially deployed near Afrin, which is situated along the Turkish border and is currently being held by the PKK's Syrian offshoot People's Protection Units (YPG).

The deployments are in line with earlier agreements reached in Astana by the three guarantor states: Turkey, Russia and Iran.

During the deployment, which is expected to gradually expand southward, Turkish troops hope to set up more than 10 observation posts in Idlib.