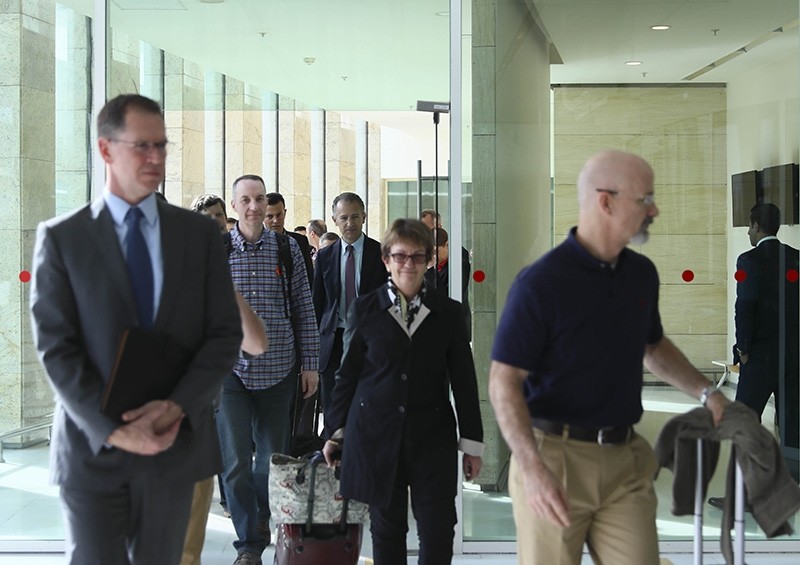 A State Department official said late Wednesday that a senior level American delegation's meeting with their Turkish counterparts in Ankara on the latest visa spat was "productive."

"Talks were productive and made substantial progress on the overall agenda; we will remain engaged as a matter of priority to address the relevant issues with a view to restore normal visa procedures swiftly," the official said, remaining anonymous due to diplomatic protocol. Earlier on Wednesday Turkish diplomatic sources also made similar statements to Turkish media outlets.

U.S. Deputy Assistant Secretary for European and Eurasian Affairs Jonathan Cohen arrived in Ankara Monday, and held a series of meetings with Turkish officials on Syria and Iraq.

Cohen's visit was planned a long time ago, but due to U.S. decision to suspend its visa services in Turkey on Oct. 9, the trip's focus was moved to this unusual diplomatic crisis for two NATO allies.

Last week, Foreign Minister Mevlüt Çavuşoğlu offered U.S. Secretary of State Rex Tillerson to set up a joint working committee to resolve problems surrounding the crisis. Several sources suggested throughout the week that American officials didn't like the idea. Yet the American official's statement also made it clear that the State Department was considering such step. The official said, "We also discussed the composition and terms of reference regarding the proposed joint working committee and agreed that the decision will be finalized soon."

The latest visa crisis erupted when a Turkish court in Istanbul arrested Metin Topuz, a Turkish staff member of the U.S. Consulate, who is accused of aiding and abetting the Gülenist Terror Group (FETÖ).

American officials, in return, pointed to the fact that there was another Turkish staff member of U.S. Consulate in Adana arrested. U.S. Ambassador John Bass said in a video message that the U.S. decided to suspend its visa services because it decided that its missions weren't safe since their employees were getting arrested.

Turkish officials contested this idea and reiterated that the security of the foreign missions is a top priority for the government.