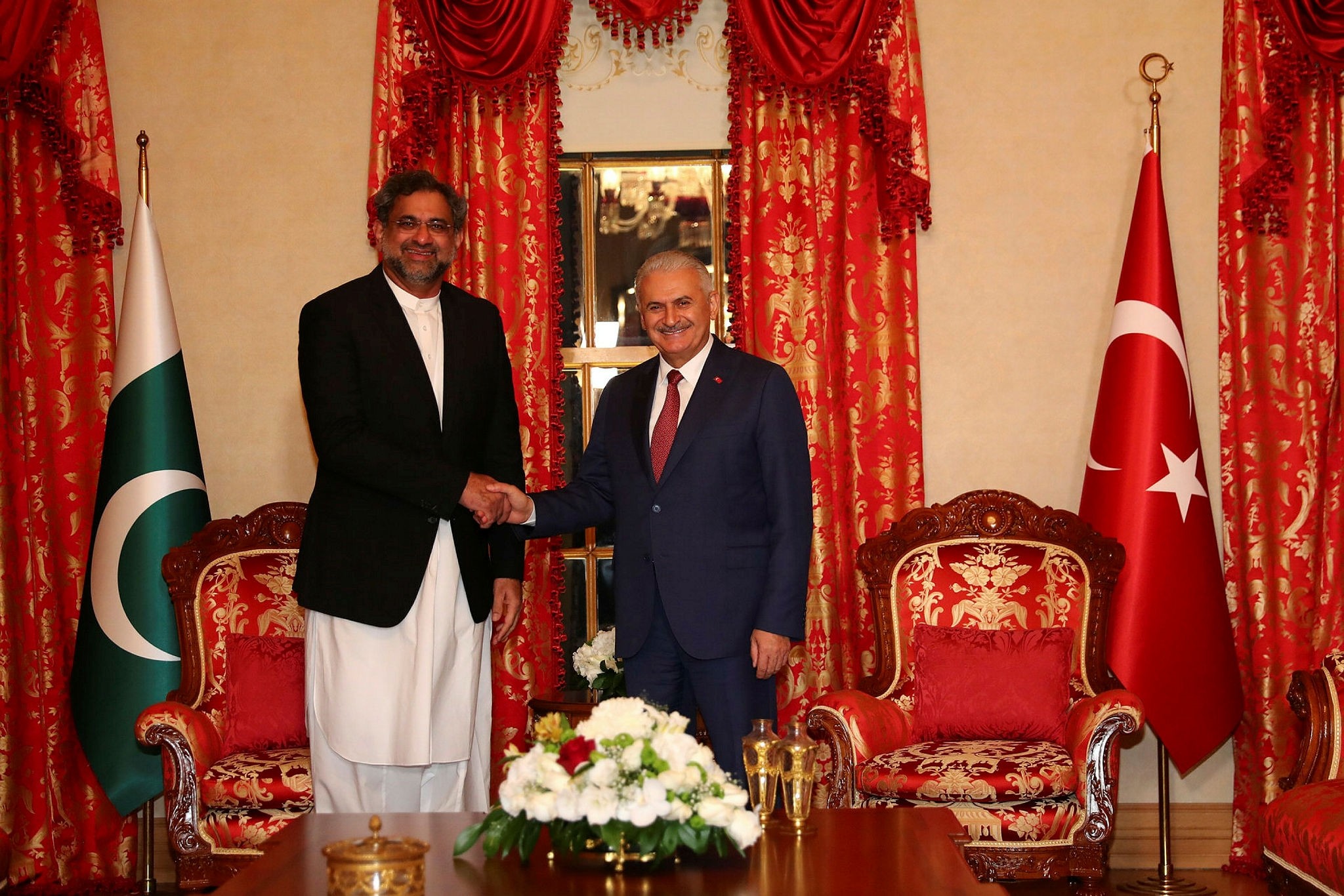 "With your attitude, I am sure that FETÖ's activities in our country will be ended," Yıldırım added.

FETÖ also has a considerable international presence, including private educational institutions that serve as a revenue stream for the terrorist group.

Describing ties between two countries as "excellent," Yıldırım said: "We know that Prime Minister Abbasi and his delegation consider Turkey their second home -- as we see Pakistan as our second home."

Yıldırım went on to say that Turkey would continue its active contributions to establish permanent stability in Afghanistan.

"In this framework, we sincerely desire the development of cooperation between Pakistan and Afghanistan, which we consider our brother."

Abbasi also reiterated his country's commitment to the fight against terror, saying: "We stand by Turkey to fight terror and end it."

"We believe that our peoples are friends, and at the same time Turkey's friend is our friend, and Turkey's enemy is also Pakistan's," he added.

Earlier on Friday, speaking at the Turkish-African Education Ministers' Conference in Istanbul, Yıldırım said a total of 32 FETÖ-affiliated schools had been handed over to Turkey's Maarif Foundation in five African countries -- Somalia, Guinea, Niger, Sudan, and the Republic of the Congo.

Turkey has established the Maarif Foundation to take over the administration of overseas schools linked to FETÖ. It also establishes schools and education centers abroad.