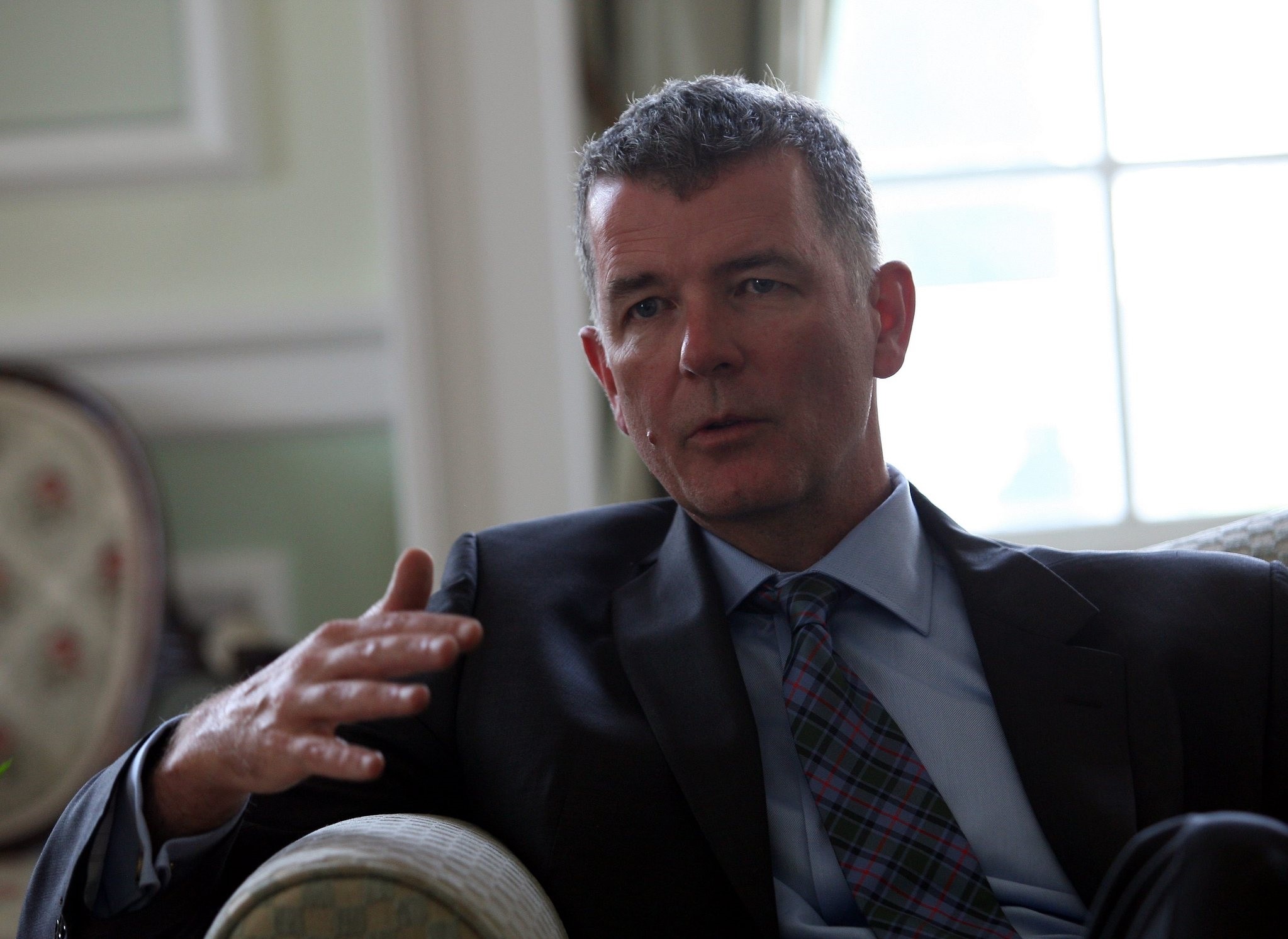 Following Brexit Ambassador Moore said, a free trade agreement between Turkey and Britain could be signed.
by Daily Sabah Oct 20, 2017 12:00 am

The British Ambassador to Ankara Richard Moore has stressed close cooperation between Turkey and the U.K., saying his country is Turkey's best partner in counterterrorism efforts.

"We have a close cooperation in confronting both the PKK and Daesh," Moore said in an interview with the Turkish broadcaster Bloomberg HT Wednesday.

Underlining that 2017 has been a difficult year, the British envoy said that the Turkish security forces have been substantially effective in their anti-terrorism efforts.

Commenting on last year's failed coup attempt, which was orchestrated by the Gülenist Terror Group (FETÖ), Moore said Turkey has been going through a difficult period for the last two to three years.

The ambassador stressed that he conveyed a strong message with the directive of the British Prime Minister after a couple of hours of the coup attempt.

Referring to Minister for Europe Alan Duncan's visit to Turkey several days after the coup attempt, Moore said, "Unfortunately, no European minister visited Turkey except ours, even though it has been months since the coup attempt."

Moore pointed out the adverse effects of Europe's attitude regarding the coup attempt on relations.

Touching on the economic relations between Turkey and the U.K., Moore said there have been negotiations in an effort to preserve economic ties as the U.K. deals with its Brexit process.

"It would be a difficult process but at the end of the day we want to reach a solution which will be welcomed by everyone," Moore said about the implications of Brexit.

The ambassador stated that the economic relations between the two countries have been good, however, there is much more potential to further enhance it.

He added that following Brexit, a free trade agreement between Turkey and England could be signed.