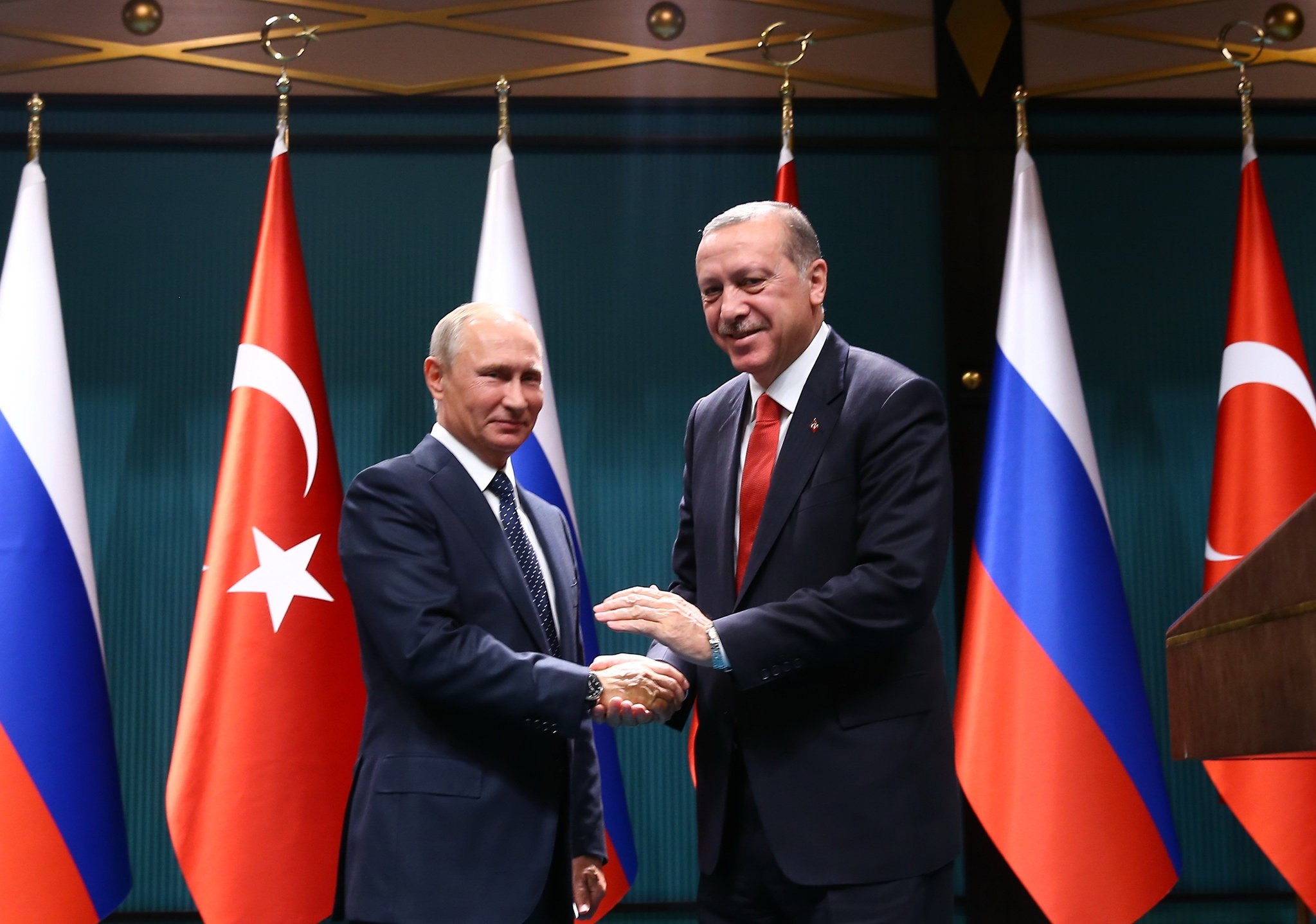 President Recep Tayyip Erdoğan and his Russian counterpart Vladimir Putin discussed the Astana peace process and the Syrian crisis in a phone call Saturday, the Kremlin has said.

According to the statement released on the official website of Kremlin, the two leaders exchanged views on Syria, and assessed as positive the joint work carried out within the framework of the Astana process.

The two then discussed the outlook for the next multilateral talks on Syria in Astana, which are scheduled to be held at the of October, and addressed practical issues in coordinating the actions of all sides taken towards achieving peace in Syria.

The statement also said both Erdoğan and Putin expressed satisfaction with the current situation of the relations between Russia and Turkey, added that the agreements reached in Ankara on September 28, 2017, especially on trade and economic cooperation, were being successfully implemented.

"Overall, the conversation was constructive, directed at strengthening bilateral relations and interaction on the regional agenda," the Kremlin said.

The seventh round of the peace talks will take place Oct. 30-31 in Astanal, and as before will be co-sponsored by regime backers Russia and Iran, and opposition supporter Turkey.

The talks promote gradual cease-fires and de-escalation zones. At the last set of talks in September, the three powers agreed to allocate forces to patrol the zone covering opposition-held Idlib province and neighboring regions.

On May 4, Russia, Turkey and Iran signed a deal in the Kazakh capital to establish de-escalation zones in Syria.

The guarantor states previously agreed to take all measures necessary to continue fighting Daesh, al-Nusra and other terrorist groups both within and beyond the de-escalation zones.

The diplomatic push brings together the Assad regime and representatives of the opposition, including some key armed groups who had previously steered clear of other negotiations.

Moscow has been spearheading the talks in a bid to pacify Syria after its game-changing intervention on the side of the regime.