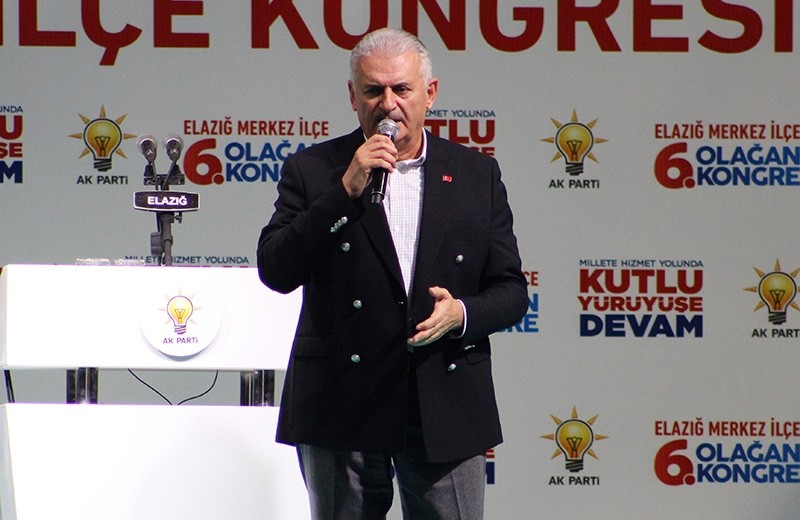 "Who are you to talk about Turkey and its president?" Yıldırım said during a speech at the ruling Justice and Development (AK Party) Party's local congress in the eastern province of Elazığ.

Danish Prime Minister Lars Lokke Rasmussen said Thursday that Turkey did not belong to the EU under Erdoğan's leadership.

Yıldırım said EU should mind its own future and decide on its vision, rather than talk about Turkey.

He added that the bloc was constantly trying to create hurdles for Turkey's membership.

"Tell us what your real intention is, don't waste our time," he said, adding Turkey was committed to its EU membership bid.

"What matters is the direction the EU will take. Will it take a step toward uniting civilizations, or will it continue on its own narrow path?" he asked.

The prime minister stressed that Turkey was in the heart of both Europe and Asia, geographically and culturally.

"Our future is there [in Europe and Asia] too. Nobody has the right to question whether Turkey is a part of Europe or Asia," he said, adding the EU has been trying to "keep Turkey out for a long time."

"The fact that our president is standing tall, and Turkey is making its own decisions and continuing to develop steadily despite their efforts to undermine it, is making them uncomfortable," he said.