All procedures for US extradition of Gülen complete, Turkish justice minister says 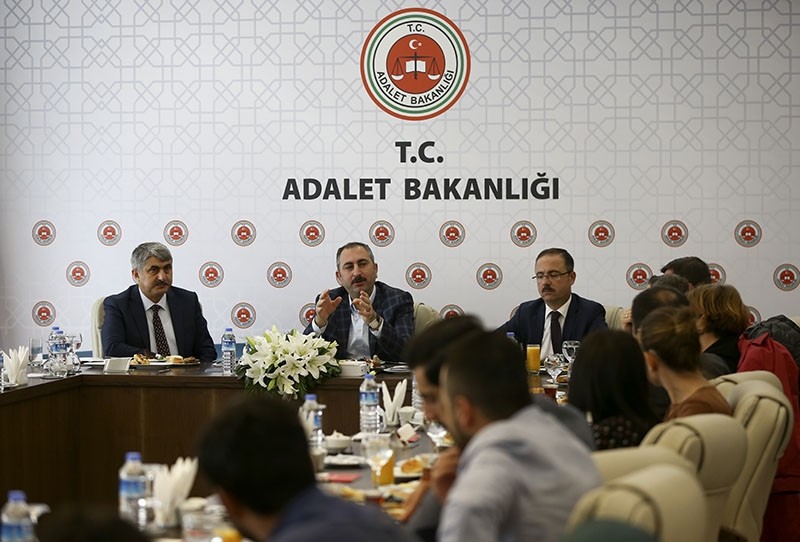 Justice Minister Abdülhamit Gül said Sunday that Turkey expects extradition of the self-exiled Fetullah Gülen, leader of the Gülenist Terror Group (FETÖ) responsible for the failed coup attempt, saying that all procedures had been completed.

In a meeting with correspondents at the Judges' Lodge in Ankara, Gül said Turkey has followed legal procedures to urgently request the extradition, but the U.S. has not yet responded.

Turkey finished compiling its evidence for the case on July 23, 2017, and since then has been waiting for a trial.

"Normally, probable cause is enough for extraditing one person," Gül said. "Gülen's leadership in the coup attempt in Turkey has gained absolute certainty, let alone probable cause."

Stating that Turkey and the world watches for U.S. action, Gül said, "It is not acceptable for the United States to host the leader of an organization that threatens Turkey."

"The United States should have done this from the very beginning when it takes into account its relations with Turkey," Gül added.

"For both parties, all conditions for an extradition have been fulfilled," he said. "We are now waiting for the extradition to take place."

The justice minister also confirmed recent claims that the U.S. demanded the mobile phone of Metin Topuz, a detained communications employee for the U.S. Embassy in Istanbul, under the reason of immunity. Gül said that such request did in fact come from U.S. authorities and this was the first time he heard about "telephone immunity."

"They [Washington] said that even though his phone is a personal item, it had been used to conduct consular business. This may turn into, 'Even though he is a Turkish citizen, he was used for our business so hand him over.' This is the first time that I've heard about such telephone immunity," he said.

In regards to claims that a suspected coup plotter, Adil Oksüz, fled to Germany where he owns a home, the minister said, "Our colleagues have started working on this. We will make a concrete demand [to Germany] related to this."

Öksüz, the alleged "imam" to FETÖ members in the Turkish air force and a key link between Gülen and coup plotters in Turkey, is wanted by Turkish authorities for planning the coup attempt. He was arrested in Turkey on the morning of July 16, 2016, a day after the coup bid failed, but was subsequently released by Gülenist judges during post-coup upheaval and has since disappeared.

Both Öksüz and Gülen are being tried in absentia in a case involving 486 defendants accused of helping orchestrate the coup attempt from the Akıncı Air Base, just north of the capital Ankara.

According to the Turkish government, FETÖ and its U.S.-based leader Gülen orchestrated the defeated coup of July 15, 2016, which left 250 people killed and nearly 2,200 injured.