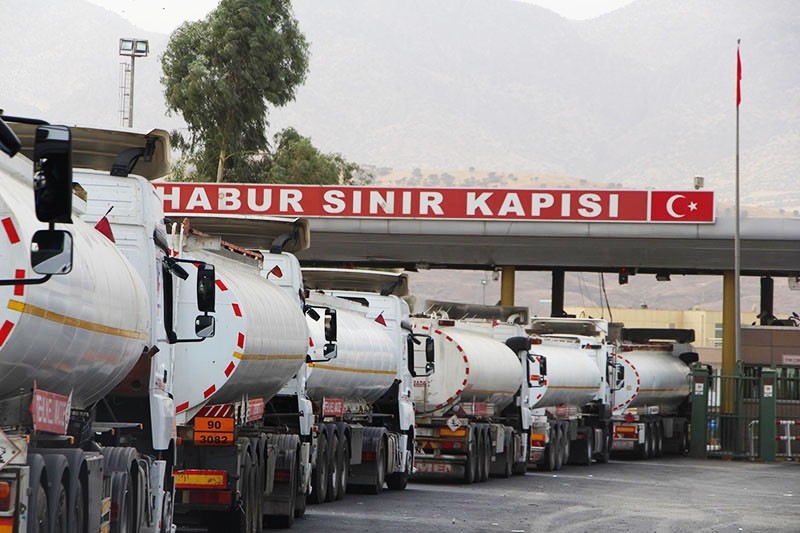 The currently-used Habur gate on the Turkey-Iraq border (DHA Photo)
by Daily Sabah with Reuters Oct 26, 2017 12:00 am

Turkey and Iraq have agreed to open a second border gate at Ovaköy, with construction beginning as soon as necessary security measures are taken, Turkey's customs minister said Thursday.

The new gate will be located at the west of the currently-used Habur gate, which is near the Iraqi city of Mosul.

"Once steps are taken to secure the path, there will be no other obstacle for us," Tüfenkci said.

Turkey first announced plans to open the Ovaköy gate in the beginning of October, after it shut down the existing Habur gate in response to the Kurdistan Regional Government (KRG)'s independence referendum on Sept. 25.

Prime Minister Binali Yıldırım has said the new border gate aims to ensure that Turkmen, Kurdish and Arab people living in northern Iraq are not affected by the ongoing crisis.

On Sept. 25, Iraqis in KRG-held areas, and in several areas disputed between Baghdad and Irbil, voted on whether to declare independence from Iraq.

The illegitimate referendum was heavily criticized by most regional and international actors, many warning that it would distract from Iraq's ongoing fight against terrorism and further destabilize the already-volatile region.