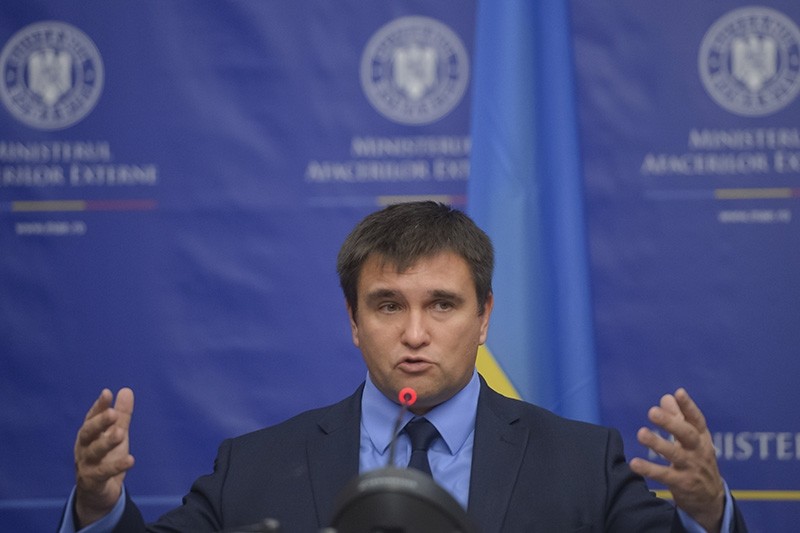 Relations between Turkey and Ukraine have not been affected by the former's favorable relations with Russia and are going extremely well, Ukrainian Foreign Minister Pavlo Klimkin said Thursday.

Speaking at a forum in Kiev, Klimkin noted that Turkey's determined stance regarding the annexation of Crimea by Russia has not changed since relations between the two countries were revived after a crisis. This "principled stance" has ensured strong relations between Turkey and Ukraine, the minister added.

Russia occupied southern Ukraine's Crimean Peninsula in March 2014 following a referendum, which was regarded as illegal under international law. Much of the international community strongly rejected the annexation, with some countries, including the U.S. and EU states imposing political and economic sanctions against Moscow following the occupation.

Since then, Crimean Tatars, the region's Muslim Turkic minority, have complained of repression, including arbitrary arrests and detentions.

Turkey on numerous occasions has refused to recognize the Russian occupation of Crimea and has voiced support for Ukraine's territorial integrity and sovereignty.

He continued by saying that the annexation of Crimea has led to all sorts of pressure against Crimean Tatars and has led to a humanitarian tragedy.

Klimkin also highlighted that Turkey is one of the countries which allows Ukrainian citizens to travel without passports by using identity cards, contributing to favorable relations between the two countries.

The Passport-free travel deal between Turkey and Ukraine entered into force in June 1, 2017.

The two countries' citizens can go in and out, transit or remain within the territory of Ukraine or Turkey without a visa for 90 days.