Turkey to renew request for Gülen’s extradition, focus on future for US ties, Yıldırım says 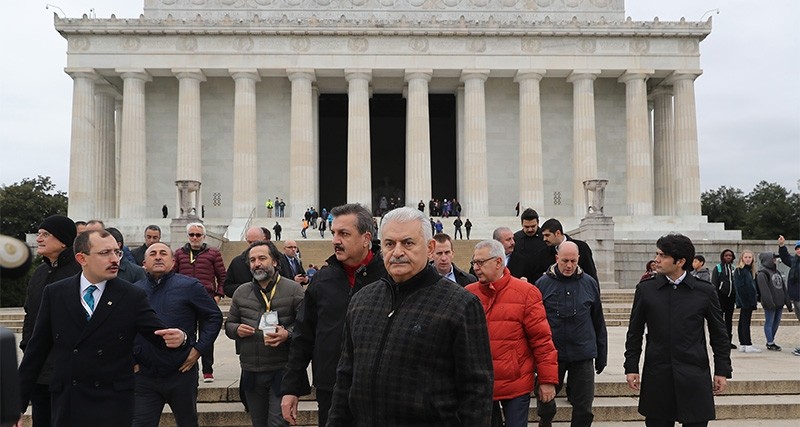 Turkey and the U.S. should focus on the future of bilateral ties and let bygones be bygones, Prime Minister Binali Yıldırım said Wednesday during a meeting with journalists in Washington, D.C., adding that the Turkish delegation will renew the request for Fetullah Gülen's extradition during the meeting with U.S. Vice President Mike Pence.

Noting that the leader of the Gülenist Terror Group (FETÖ), which is behind last year's botched July 15 coup attempt, must be extradited as soon as possible, the prime minister said both countries should work to achieve normalized bilateral relations and focus on the future of ties.

"We want to leave behind our problems with the U.S.," Yıldırım said. Regarding the extradition process of Gülen, he said that Turkey has provided every document and evidence necessary for extradition.

Yıldırım also answered a question about opposition Nationalist Movement Party (MHP) chairman Devlet Bahçeli's remarks on the election threshold. "We will discuss and see what can be done. We do not promise to lower the threshold, but we will discuss the pros and cons of lowering it, and reach a decision," he said.