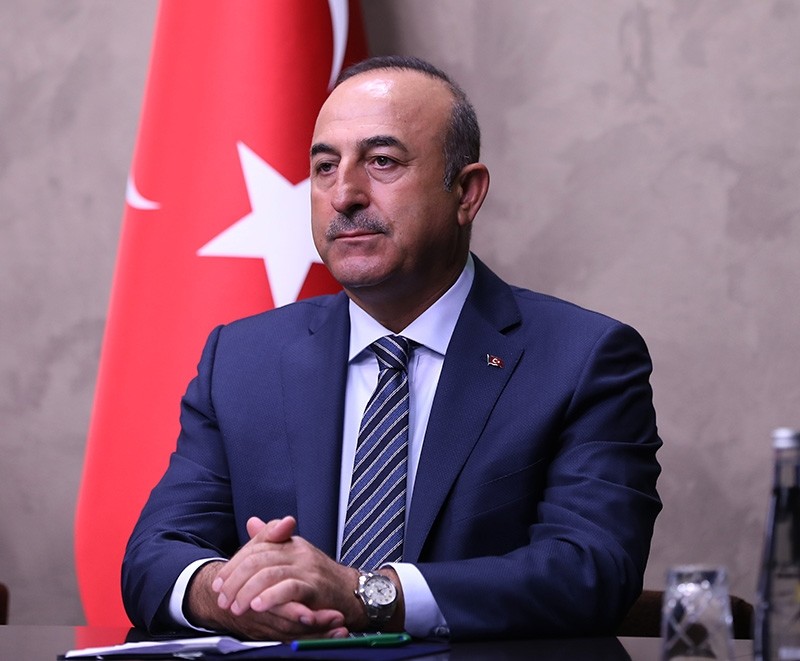 Turkey and China share a "common will for the peaceful resolution of conflicts" as part of their foreign policy visions, Foreign Minister Mevlüt Çavuşoğlu said Friday, according to China's official Xinhua news agency.

In an interview with Xinhua, Çavuşoğlu said bilateral relations have been "elevated to a very positive and constructive level" in recent years, helped by regular bilateral meetings through various consultation mechanisms and multiple meetings between President Recep Tayyip Erdoğan and his Chinese counterpart Xi Jinping.

"Our strategic cooperation is strong; our economy and trade relations are stable and still offer a huge potential for further improvement," he said, adding that Turkey is enthusiastic about playing a more active role in both regional and global cooperation through the Belt and Road initiative and the Asian Infrastructure Investment Bank.

He also expressed hope for more people-to-people contacts, saying the Turkish Year of Tourism in China in 2018 could give relations "a huge boost."

"President Xi's sincere approach toward Turkey is matched by President Erdoğan's strong will to improve our ties with China," said Çavuşoğlu.

"I have no doubt that this vision and determination will continue to yield positive results."

He also added that Turkey believes the new Communist Party leadership will continue the country's path toward "a better and productive future" and put forth new ideas for international cooperation.

Çavuşoğlu said he believes that China will continue to put forward "new and fresh ideas" toward international cooperation.

"Building new partnerships, focusing on development, prioritizing mutual respect are all key factors for the future," he added.

On China's Belt and Road project, he said that Turkey has agreed to align its Middle Corridor project with the initiative, which aims to build a trade and infrastructure network connecting Asia with Europe and Africa along and beyond the ancient Silk Road trade routes.

The Middle Corridor is a proposed transportation network extending from the Caspian Sea through Turkey and Azerbaijan to Central Asia and China.