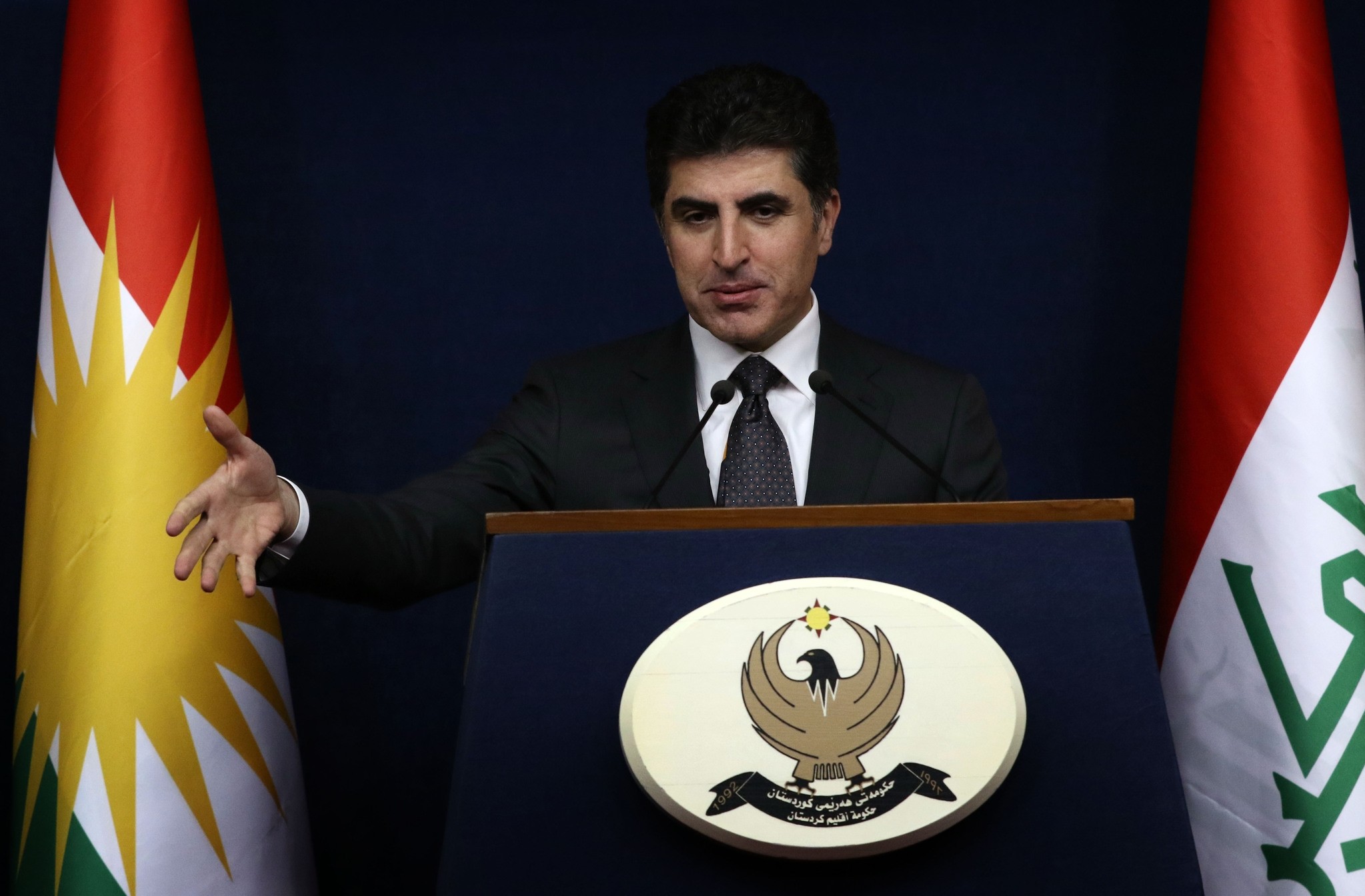 Speaking in a news conference in Irbil, Barzani expressed his gratitude to the Disaster and Emergency Management Authority (AFAD), the Turkish Presidential Office and President Recep Tayyip Erdoğan for immediately contacting Kurdish officials and responding to the crisis.

"Turkey helped the Kurdistan region in time of need. They decided to send aid at the moment quake occurred," said Barzani.

The rescue teams from AFAD and Turkish Red Crescent were the first to arrive in northern Iraq alongside tents, blankets and medical supplies.

Turkey's aid efforts are being coordinated with the central government in Baghdad and the Iraqi Red Crescent.

Health Minister Ahmet Demircan told reporters yesterday that they had hospitals ready for possible evacuations to Turkey, and health care personnel were on alert both on the border and in airports for possible requests for aid from Iraq and Iran for the earthquake-hit areas. "There are still aftershocks, and we hope there won't be any more casualties. Turkey is ready for what it's supposed to do. We feel the pain of the victims of such disasters," he said.

Another two trucks loaded with aid were dispatched from southern Turkey's Kilis province, according to a spokesman for the nonprofit İHH Humanitarian Relief Foundation's Kilis coordination center. The trucks were loaded with 150 tents and more than 1,000 blankets as well as food, including 5 tons of rice, 1,500 liters of oil, nearly 10,000 cans of fish and 5 tons of lentils, spokesman Yakup Alaca said.

Prime Minister Binali Yıldırım said in a statement that Turkey stands with its "brothers and sisters" who fell victim to the earthquake, while Foreign Minister Mevlüt Çavuşoğlu spoke with his Iranian counterpart Javad Zarif over the phone yesterday to offer condolences and expressed Turkey's readiness to "provide every means of help" to Iran.