Turkish prosecutors launch probe into US attorneys in Zarrab case 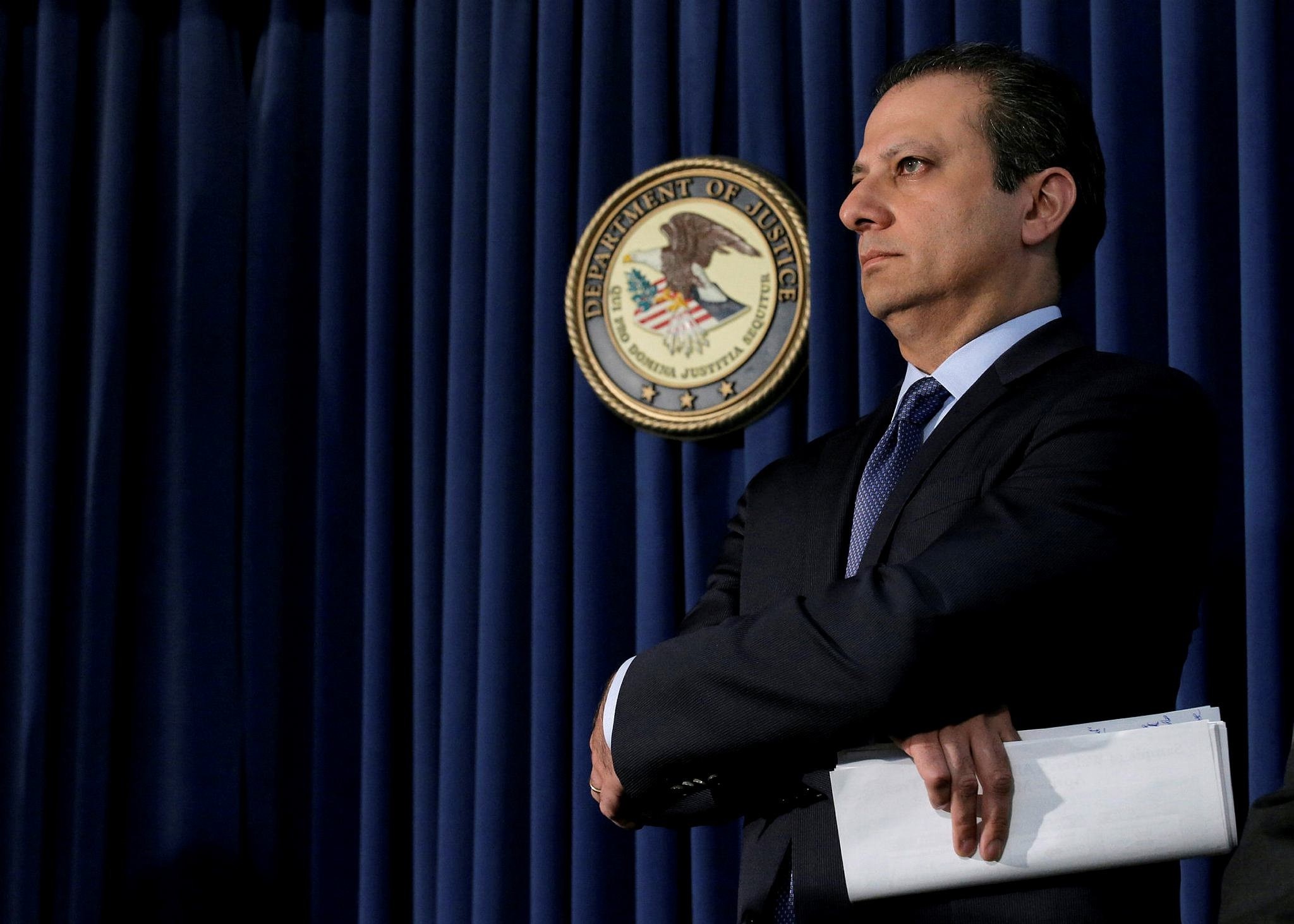 Preet Bharara, former US Attorney for the southern district of New York
by Daily Sabah Nov 18, 2017 12:00 am

Turkey has launched a probe into former and current U.S. prosecutors involved in a case against Turkish-Iranian gold trader Reza Zarrab and some other Turkish citizens in New York.

The Istanbul Public Prosecutor's Office on Saturday accused former U.S. prosecutor Preet Bharara and current U.S. prosecutor Joon H. Kim of using information and documents from previous investigations in Turkey for the case of Zarrab, who is standing trial in New York over the accusation of evading U.S. sanctions on Iran.

The statement said the affidavit given by Attorney Cathy Fleming on Sept. 30 showed U.S. prosecutors obtained voice recordings and other fake documents from unknown persons instead of from official channels—breaching international law—for building their case against Turkish citizens in the U.S.

Istanbul Public Prosecutor's Office said the investigation will look into details on how and from whom such documents were obtained, noting that the Turkish Justice Ministry did not hand out any information to the U.S. authorities about Zarrab's case.

Zarrab was arrested in Miami last year on charges of engaging in hundreds of millions of dollars of transactions on behalf of the government of Iran and other Iranian entities, which were barred by U.S. sanctions, while laundering the proceeds and defrauding several financial institutions by concealing the true nature of the illegal transactions.

The indictment broadens the case targeting Zarrab over the sanctions evasion, fueling tensions between the U.S. and Turkey. Zarrab and Halkbank Deputy General Manager Mehmet Hakan Atilla, who was arrested while in the U.S. in March 2017, are scheduled to stand trial soon. If convicted, they face prison terms up to 30 years.

Turkey argues that the case has been turned into a political move against Ankara. President Recep Tayyip Erdoğan on Sept. 8 slammed the U.S. administration for filing charges against Çağlayan, calling the decision a political step taken against the Turkish state.

Previously a report in Turkey's Akşam newspaper said that a suspect linked to the Gülenist Terror Group (FETÖ)i M.T. assisted police chiefs tied to the terror group in handing over documents regarding the 2013 police operations to Bharara while he was conducting the investigation into Zarrab.