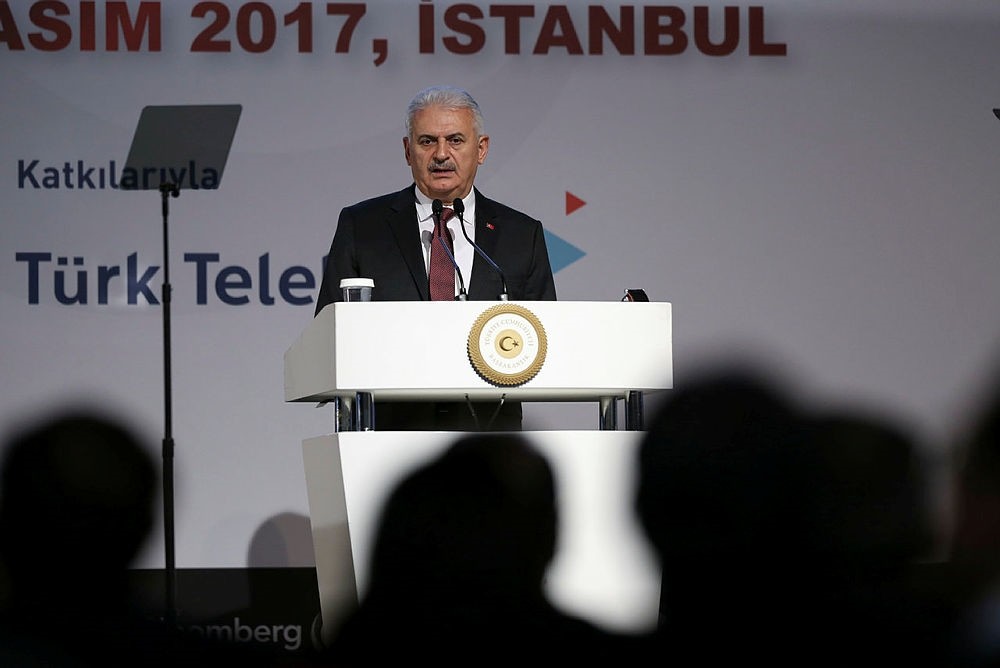 Prime Minister Binali Yıldırım slammed the prosecution of Turkish businessmen in the United States, saying the charges against them were based on unfounded claims and lies.

Speaking at the Turkey Economy Summit in Istanbul Wednesday, the prime minister said any attempt to put Turkey's economy and finance sector in hardship through allegations would be in vain.

"Turkish trade with other countries is concerned only with Turkey… In this regard, our country does not need to take approval from anyone," Yıldırım said.

"Some countries can easily do business with a country on which they put embargoes, but when Turkey does business [with the same country] it is considered guilty. Recently, the U.S. made a deal with Iran for selling aircraft, an agreement in principle.

"And then they accuse Turkey of breaking the blockade. Where is law and where is justice?"

The U.S. trial of Turkish-Iranian gold trader Reza Zarrab, who is accused of violating U.S. sanctions on Iran has become a new source of tensions between the two countries. Ankara has described the case as a "clear plot against Turkey," and has accused the U.S. prosecutors of having links to the Gülenist Terror Group (FETÖ).

Zarrab was arrested in Miami on March 16, 2016 on charges of engaging in hundreds of millions of dollars of transactions on behalf of Iran's government and other Iranian entities, which were barred by U.S. sanctions.

Meanwhile, Zarrab allegedly laundered the proceeds and defrauded several financial institutions by concealing the true nature of his illegal transactions.

Zarrab and Halkbank's Deputy General Manager Mehmet Hakan Atilla, who was arrested while in the U.S. in March 2017, were scheduled to stand trial on Nov. 27 but on late Tuesday the trial was postponed to Dec. 4.

On Monday, Deputy Prime Minister Bekir Bozdağ raised questions about the methods the U.S. authorities used to obtain the evidence, asking, "Is there a copy or the originals of the evidence? How did FBI agents confirm these?"

"Those conducting the trial are exerting pressure on the defendants. They are, in a way, held hostage," Bozdağ said.