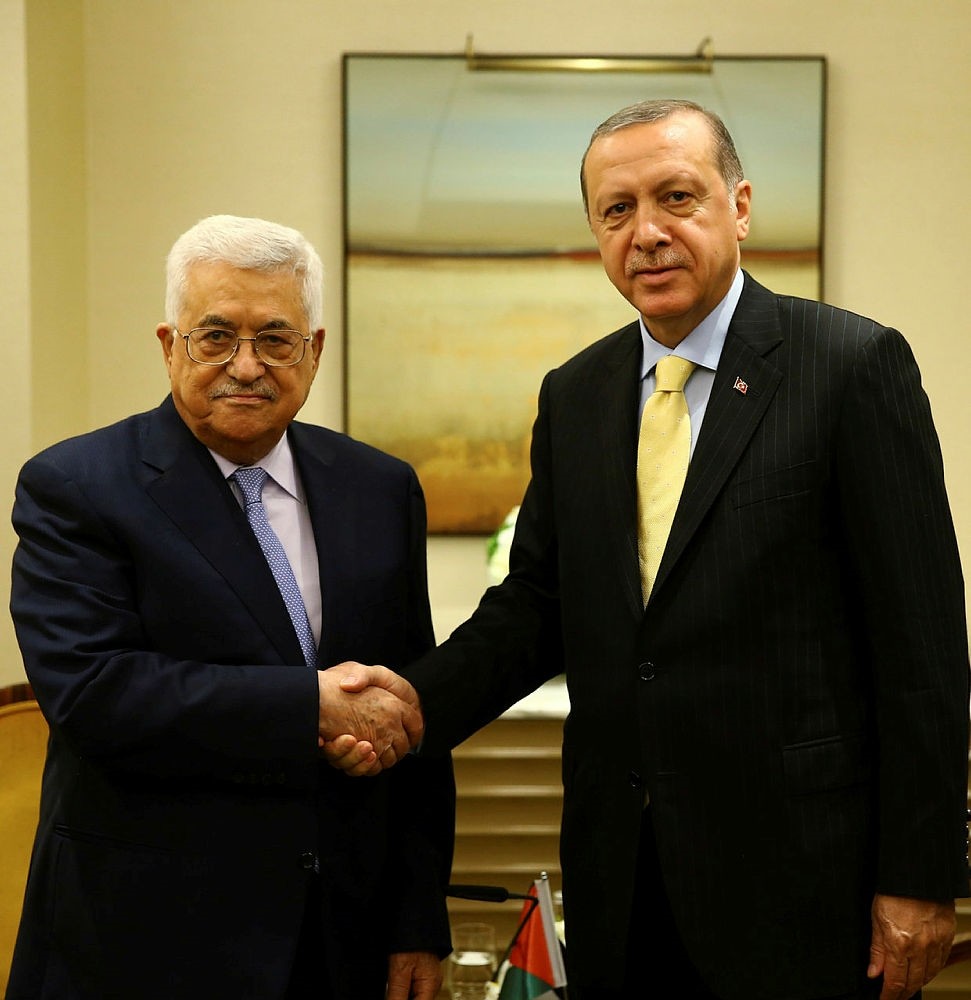 President Recep Tayyip Erdoğan expressed his support for the establishment of an independent and sovereign Palestinian state with East Jerusalem as its capital, during the phone call with his Palestinian counterpart Mahmoud Abbas on Saturday.

The leaders also discussed the latest developments in Palestine, according to a Turkish presidential source.

Erdoğan emphasized that The president reiterated Turkey's ongoing support for the "just cause" of the Palestinian people, adding lifting restrictions on Gaza would significantly contribute to peace.

Abbas, for his part, thanked Erdoğan for his sensitivity and support.

The phone call comes amid media reports that U.S. President Donald Trump was preparing to recognize Jerusalem as the capital of Israel on Wednesday.