Turkey condemns 'irresponsible' US recognition of Jerusalem as Israeli capital 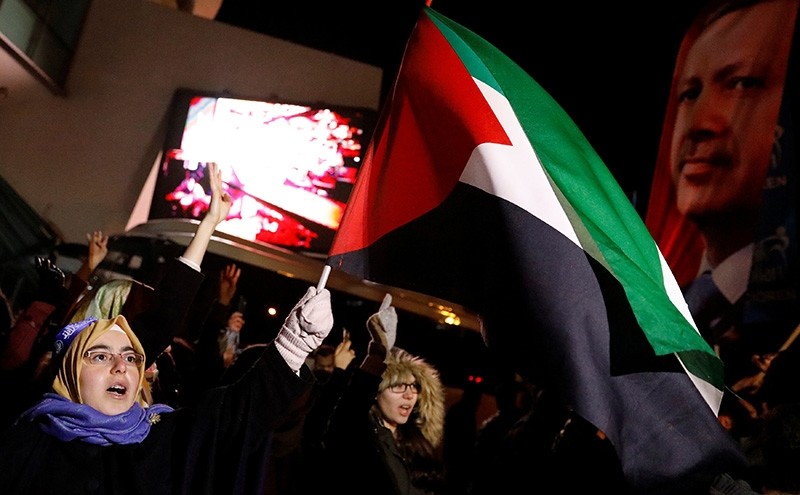 Turkey has condemned the "irresponsible statement of the U.S. administration" recognizing Jerusalem as the capital of Israel.

A press release by the Turkish Foreign Ministry read: "We condemn the irresponsible statement of the U.S. Administration that we learnt with great concern, declaring that it recognizes Jerusalem as the capital of Israel and it will be moving the U.S. Embassy in Israel to Jerusalem."

"This decision is against international law and relevant U.N. Resolutions, as the annexation of Jerusalem by Israel has been rejected by international community and the U.N."

The statement added that the "Palestinian question can only be settled through the existence of an independent, sovereign and contiguous State of Palestine based on the 1967 borders with East Jerusalem as its capital."

"Attainment of independence by Palestine is a historical, conscientious and humanitarian obligation. Turkey will continue to advocate this."

It also warned that the U.S. move would have "negative reflections on the peace and stability in the region" and "bears the risk of completely destroying the ground for peace."

The statement said regional leaders would meet to discuss the crisis Dec. 13 at a summit of the Organization of Islamic Cooperation (OIC) and Council of Foreign Ministers held in Istanbul and called for by President Recep Tayyip Erdoğan.

Across Turkey, thousands took to the streets to protest the decision. Many NGOs led by the Anatolian Youth Association (AGD) Istanbul branch staged a demonstration at the U.S. Consulate General in Istanbul, chanting slogans against Trump and the U.S. and carrying posters and banners supporting the Palestinians.

The Turkish Youth Foundation (TUGVA) also organized a protest at Fatih Mosque in Istanbul as they called on Muslims to unite against the decision.

Another protest was held in Ankara in front of the U.S. Embassy building, where a statement was read stating the Palestinian crisis was a basic issue of all Muslims.