Erdoğan, Putin share same view on US' Jerusalem move, say stability will be affected in the region 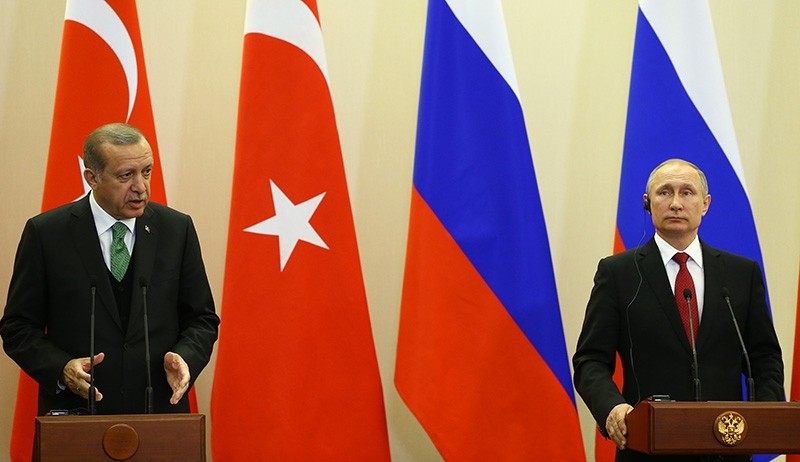 President Recep Tayyip Erdoğan spoke with Russian President Vladimir Putin on the phone late Thursday to discuss the U.S.'s recognition of Jerusalem as Israel's capital. According to Turkish presidential sources, the both parties said that they share the same view on the matter and reiterated that the stability will be negatively affected by the decision.

The phone conversation comes a day after Donald Trump announced that U.S. recognized Jerusalem as Israel's "undivided" capital, and the decision to relocate U.S. Embassy from Tel Aviv to Jerusalem despite widespread international opposition.

Ahead of his election last year, Trump repeatedly promised to relocate the U.S. Embassy to Jerusalem.

Turkey and Russia are also cooperating with Iran to lead peace efforts in Syria as part of the Astana process.