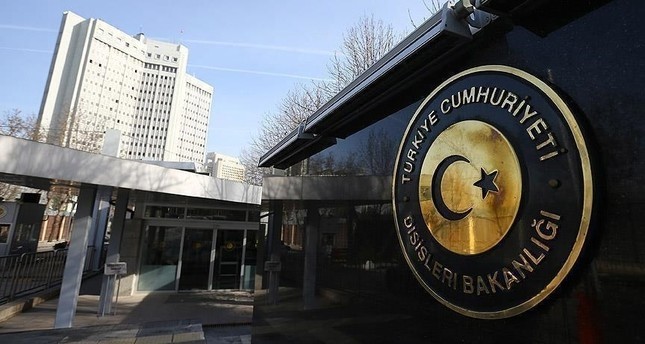 Turkey condemned the firing of a ballistic missile by Iran-backed Houthi militia toward the Saudi capital Riyadh on Tuesday.

"We condemn this attack and we are pleased that it did not cause any casualties or material damage in friendly and brotherly Saudi Arabia thanks to its interception by the Saudi air defense systems," the Turkish Foreign Ministry said.

"The missile targeted a large meeting of Saudi regime officials that was being held at the palace," the broadcaster reported.

But while Al-Masira said the missile had "found its target", a Saudi-led Arab coalition -- which has been fighting the Houthis since 2015 -- said the missile was intercepted before it could cause any damage.

It was the second missile to be fired at Riyadh from Yemeni territory within the last two months.

On Nov. 4, the Saudi-led coalition announced it had successfully intercepted a Houthi missile fired at Riyadh's King Khalid International Airport.