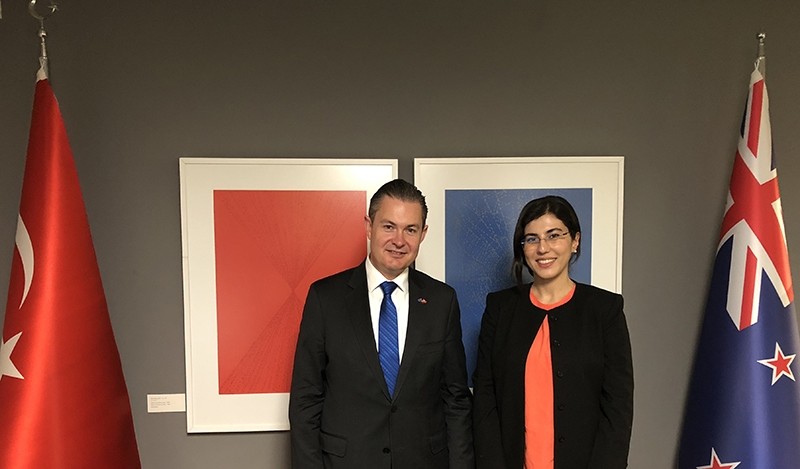 Having completed his term in Turkey, Curr gave his last interview to Daily Sabah before departing to his new post in Fiji.

Speaking on the latest developments regarding the holy city of Jerusalem, Curr said: "Turkey is a very influential country in this region and in the Muslim world at the moment as well. [As the chair of the OIC] Turkey hosted a summit on the very issue of Jerusalem just recently. Turkey is potentially very influential in this process. The international community has a constructive and supportive role to play. Turkey's voice stands strong amongst that community."

Curr said that he had a clear recollection of the heinous attack on Turkish democracy on the night of July 15, 2016.

"It was both a very dramatic and very surprising event. We weren't expecting a coup attempt at all. Of course, nobody got any sleep. We were up watching the developments. Throughout the whole night, all around us, things were happening: There were attacks on Parliament, TRT building, there were armored vehicles on the streets, we were hearing gunfire close by; we didn't feel personally threatened," he explained.

He pointed out that New Zealand came out quickly to condemn the coup attempt and continued: "Our foreign minister, at the earliest opportunity, phoned Foreign Minister Çavuşoğlu to register New Zealand's strong support for Turkey going through such a horrible experience. Many, many lives were lost in the coup attempt, defending your democracy."

Praising how excellent the political relationship is between New Zealand and Turkey, the ambassador said: "We are very lucky. We have a trouble-free relationship. There's a very warm feeling in Turkey about New Zealanders because of Çanakkale. Correspondingly, New Zealanders hold Turkey and Turkish people in very high regard because we remember the words of Atatürk. His famous words of reconciliation from the 1930s have always meant that New Zealanders have a very warm feeling of tremendous appreciation of how welcome we're made when we come to commemorate our losses at Gallipoli."

He then said that New Zealand is highly aware that the Turkish market has needs especially in the agricultural sector and that "New Zealand can play a role in being able to supply products that will appeal to Turkish consumers."

Meanwhile, during his time in Turkey, Curr reminisced that he and his wife will miss an awful lot of people and added: "We've made some great friends in Turkey. Our deepest connection with a country is sometimes its people. There's a great Maori proverb: 'What's the most important thing in the world? It is people. It is people. It is people.' That for us is very, very true."