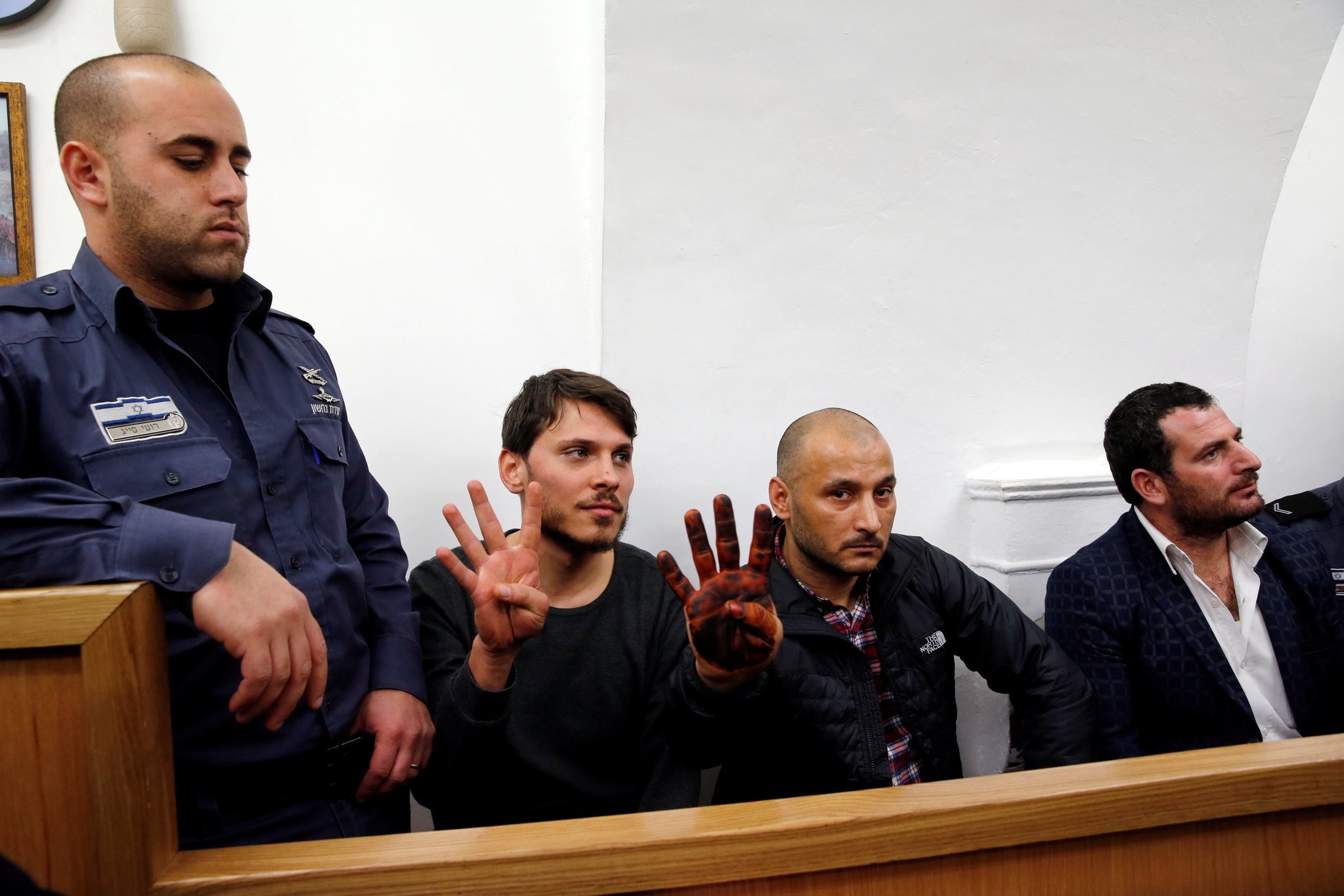 An Israeli Interior Ministry spokeswoman said earlier on Monday that one of the men was scheduled for deportation later on Monday and another on Saturday.

Two of the Turkish citizens-- Abdullah Kızılırmak and Mehmet Kargılı -- were accused of "battering Israeli police and resistance." Kızılırmak and Kargılı came to Jerusalem from Belgium and hold dual citizenship.

The third one -- Adem Koç -- was facing charges of "disturbing public order and attending an illegal demonstration."

According to eyewitnesses, the Israeli police blocked the Turkish group, which also included children, from entering the Noble Sanctuary, or Haram al-Sharif— the third holiest site in Islam. Some in the group were wearing t-shirts with the Turkish flag and fezzes, traditional Ottoman hats.

The Israeli forces told the group that they would not be able to enter the site unless they took off their t-shirts with the Turkish flags, causing a brawl after which two people were detained, the eyewitnesses said.

Israel occupied East Jerusalem, in which the Al-Aqsa and the Haram al-Sharif are located, during the 1967 Arab-Israeli War. In a move never recognized by the international community, it annexed the entire city in 1980, claiming it as the Jewish state's "eternal and undivided" capital.

The site is central to the Israeli-Palestinian conflict, with Palestinians fearing Israel may one day seek to assert further control over it. Muslims are in charge of administering at the compound, home to the Al-Aqsa and the Dome of the Rock mosques. Jews can visit the site but are not allowed to pray there.